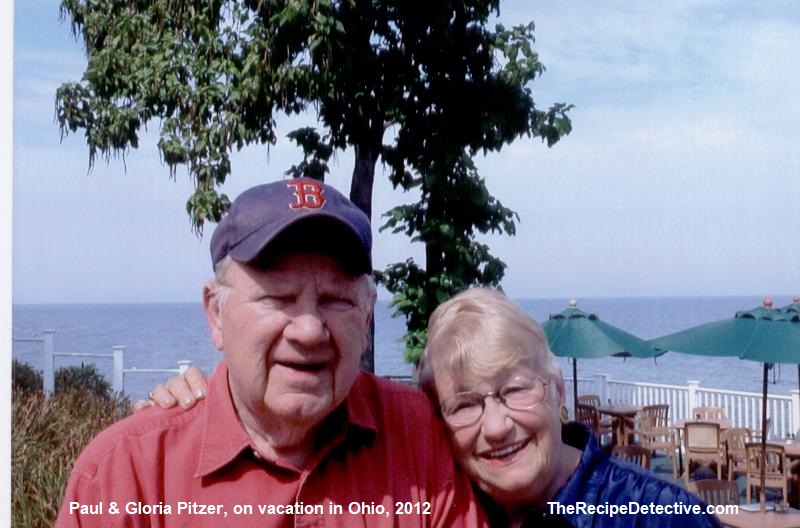 Happy Monday to all! Personally, I always look forward to Mondays because they are my 52 Chances each year, in which I get to share Memories of My Mom with all of you!

Today is the start of National Marriage Week, which is always February 7th through Valentine’s Day. This blog post is dedicated to my parents, whose marriage withstood the test of time, as well as many other tests – struggling with in-laws, raising five kids and various pets, just making ends meet during a recession (even when they both worked – outside the home), then running their own business from home and being together 24/7/52 for 38 years!

Here’s Mom’s own story about their marriage and compatibility… 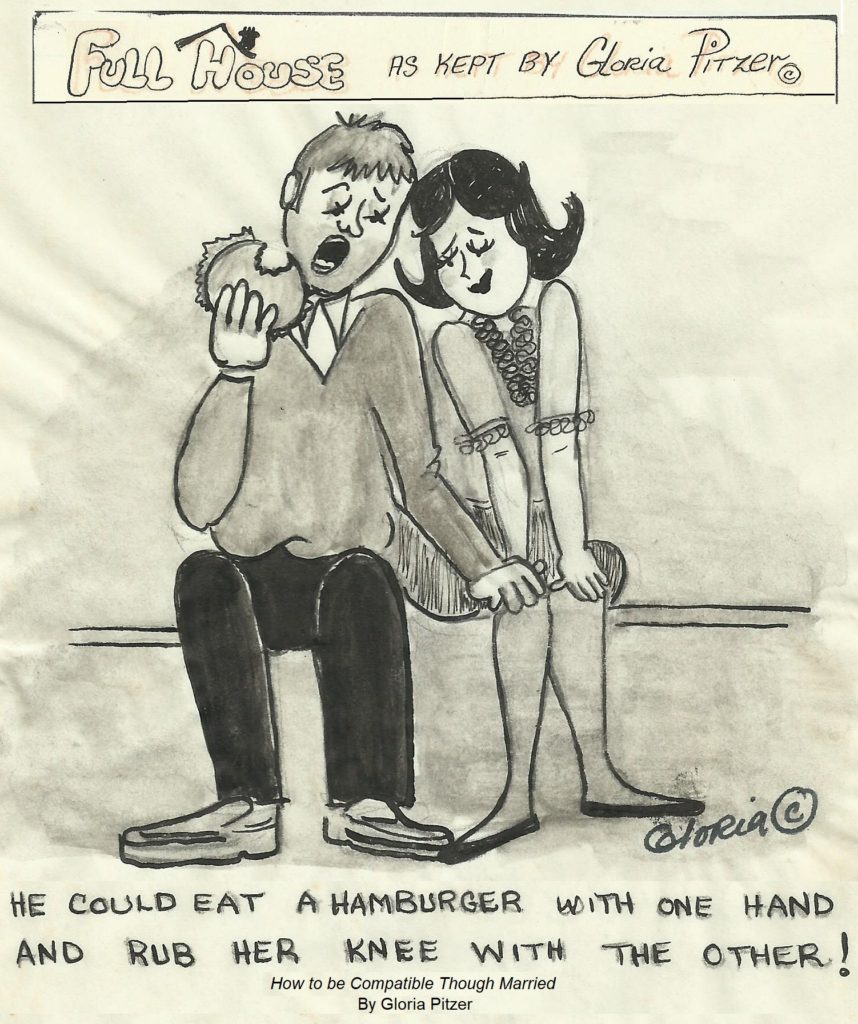 THE MOST OFTEN ASKED question about Paul and I working together in this family enterprise is how we managed to remain so compatible after 24-hours-a-day, 7-days-a-week, since August 1976. The basis, I believe, for every successful relationship is always between two good forgivers. Sure, we get in each other’s way once in a while. But we never stay mad for long.

When we were in Ventura, California, in August [1989], we visited an old Spanish mission that was founded over 200 years ago. In the church edifice was a one-word sign on the wall near the rear of the room. It’s so greatly impressed me that I thought about it for days. The word was FORGIVE. A powerful message. The essence of The Master’s own message during his earthly ministry nearly 2000 years ago.

FORGIVE – who, why, what for? In forgiving, we free ourselves from the imprisoning thoughts of resentment, of retaliation [and] anger. In forgiving, we let go of bitterness, contempt, even hatred. We are free then to love, to heal, to be healed altogether.

One word – FORGIVE – but 1000 messages. A dictionary says of this word, ‘to give up resentment against or the desire to punish; pardon (an offense or offender).’ Forgive! It’s final, complete. There are no stipulations, no exceptions in the activity of forgiveness – no qualifications for anyone to meet. 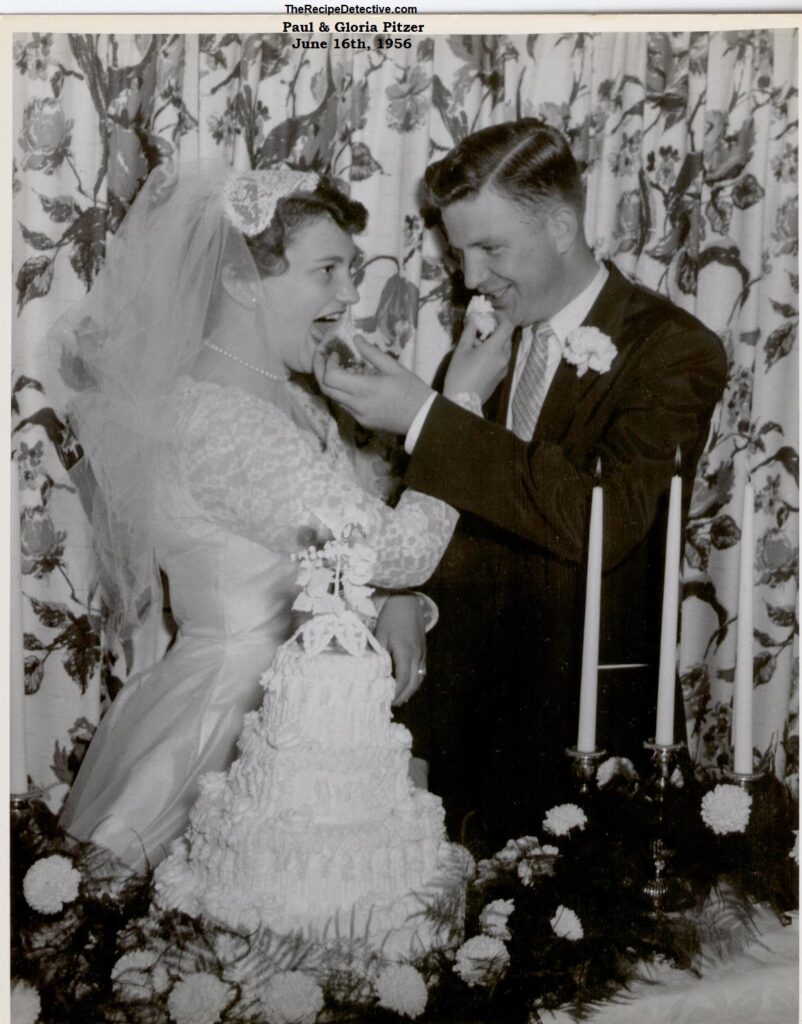 Whatever the offense, we let go of the urge to see the offender punished when we forgive. It’s a cleansing action. It wipes clean the slate of past grievances. The more we remember past offenses, the less likely we are to exercise our freedom to pardon.

Sometimes, forgiving ourselves is even harder than forgiving someone else. Forgiving requires loving. And loving is spiritual activity. Spiritual activity is prayer. So, when we are praying, we are also forgiving and, likewise, being forgiven. Our Heavenly Father forgives us so easily, so completely. He never withholds His forgiveness from His children, His beloved offspring, which include each one of us – you, me, everyone!

So, in examining the meaning of the word forgive, I can erase the pain of past offenses. I can put the word FORGIVE into action – put it to work in my relationship with others. It’s remembering to do so that takes a little work and a lot of practice, but before you know what, it becomes a habit! 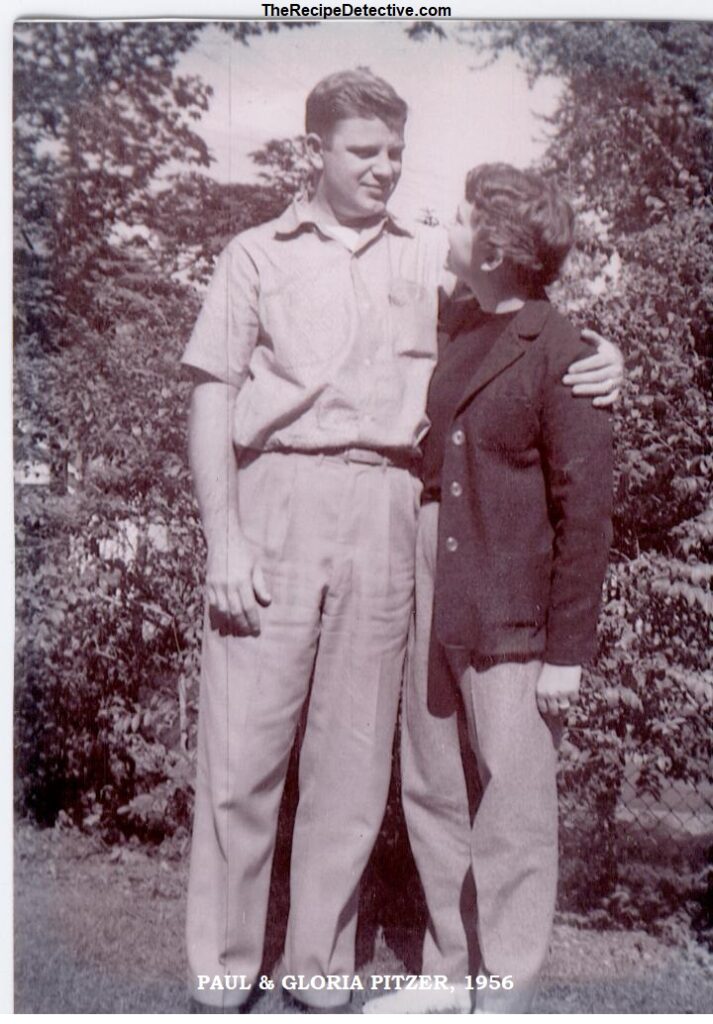 It’s something I do automatically every night and every morning. Even the laws of physics and physiology can never reveal to us the indisputable way in which the Creator constantly participates in the life of each of us. It points out to me over and over again that the launching pad for successful change around us is actually the change within us!

To be in marvelous accord on a number of important issues in a conversation with someone you love, who loves you back, is grand. But… lasting marriages just do not ‘happen’. They have to be shaped and molded out of the good that one or both who are concerned will see and act upon opportunities to inspire improvements. 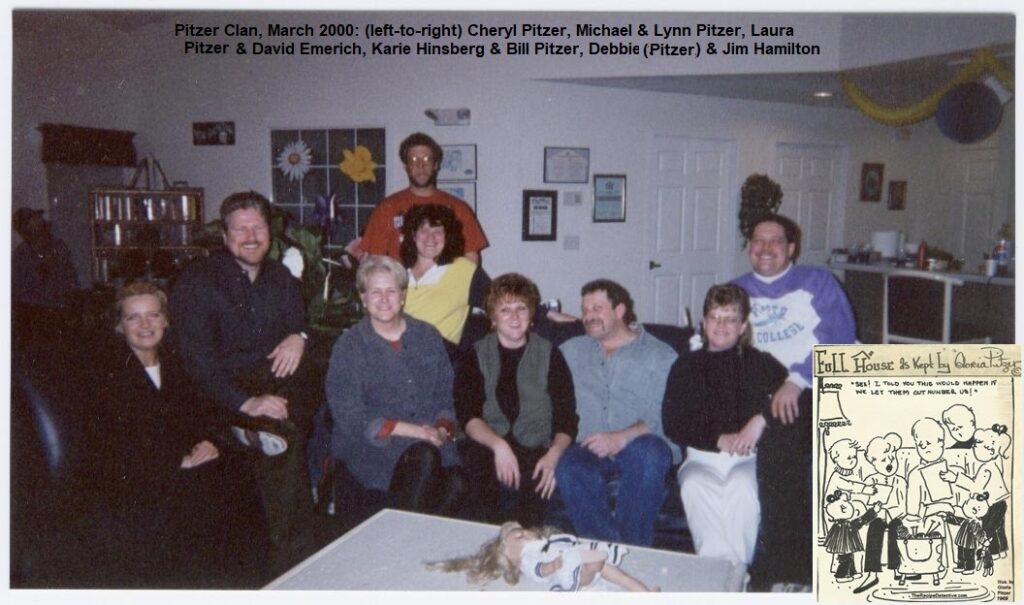 Most marriages begin with the expectation that they will last forever. In marriages that do last, forever is not only a hope, but an ongoing philosophy. The partners simply do not think seriously about divorce as a viable option. This attitude that a marriage will last, must last, tempers their approach to conflicts and imperfections.

These people are committed to the marriage, as well as to each other. They know that love needs time to take root and then expand; that in an enduring marriage, time is on your side. Time allows you the security of taking each other for granted, in the best sense of the term, without having constantly to impress or to prove yourself.

I don’t know how or when the transformation took place [for Paul and me], but it did – gradually, beautifully. I am not sure, but perhaps the Divine hand of heaven moved the family to become more harmonious. We never really talked about specific changes in attitude or behavior… 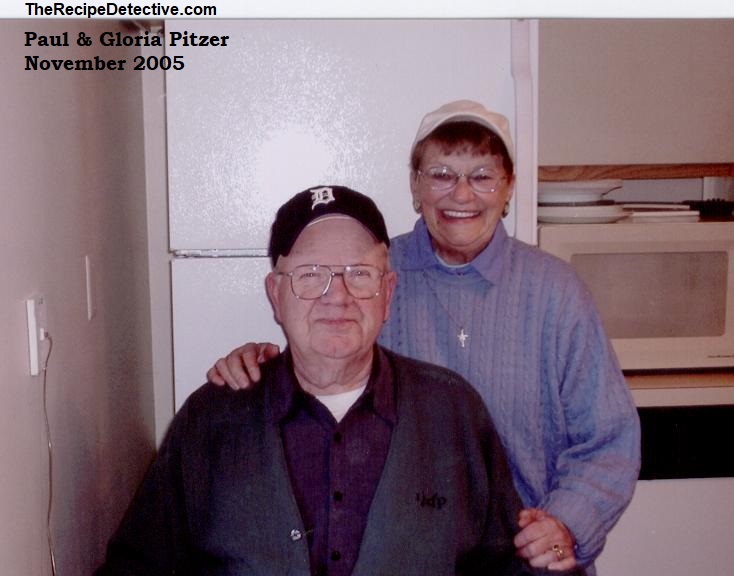 Most folks don’t like to be ‘preached’ to. To be ‘ministered’ to is different, however. When we are ‘ministered’ to, we are cared for, looked after and handled with quiet compassion – but never with pity. We can inspire someone to change but we dare not insist upon it!

When we see those we care about, somehow in conflict, and we know we can’t interfere; we can, instead, give out strong, moral support in silent prayer. Sometimes we focus so much on what is WRONG, that we failed to see how to correct it. We worry too much on WHO is right, rather than on WHAT is right!

In overcoming just the ordinary aggravations of being in business for ourselves, we also had to iron out the little conflicts over who would handle certain aspects of the work and how it would be handled. We were constantly having to compromise. That was the toughest step! Paul’s mother surely would have been proud of us and what we had accomplished together, if she had been able to witness any of this.

It is not easy to carry out the details of a demanding schedule and keep harmony at a priority, making every effort to keep the atmosphere healthy and still harmonious. To me, this was of utmost importance. Sometimes being in complete agreement was impossible, but the error to be corrected was always in separating the act from the person.

That, alone, made forgiving so much easier and without that forgiving we could never have worked together all these years – seven days a week… 52 weeks a year. To be able to overlook the things that are not important has made the compatibility easier to experience, too.

Being picky about something, we have said to each other, could only lead to increased discontent and sometimes snowball right into a major confrontation of shouting and fist-clenching. Thank goodness, neither of us ever let it get to that stage, since we both wanted to have the best possible relationship. We work at it! 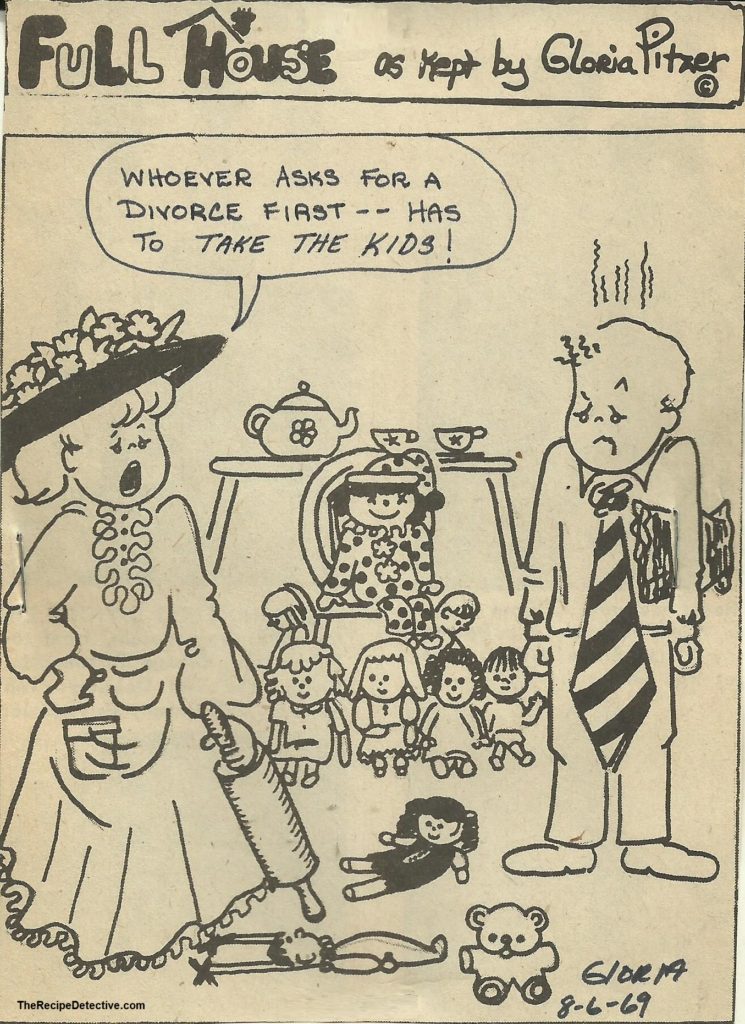 Another great read on marriage and compatibility is What Makes A Marriage Last, by Marlo Thomas and Phil Donahue (HarperOne; May 5, 2020).

‘All marriages are happy… Love songs and laughter – What causes all the trouble is the living together AFTER!’ – Gloria Pitzer 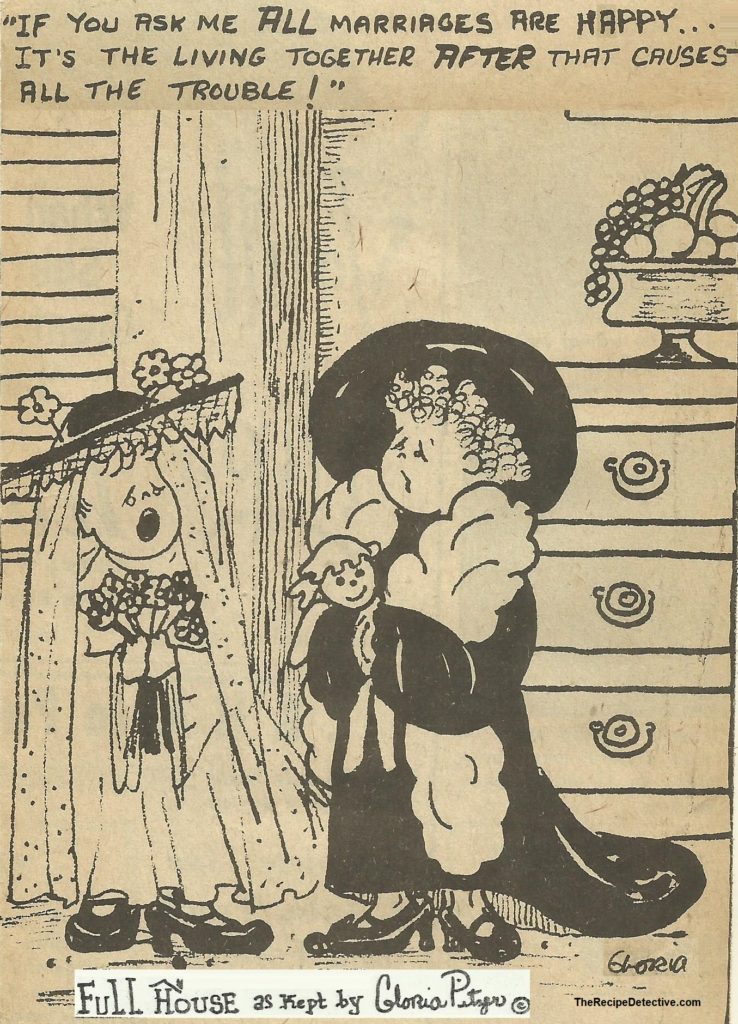 Today is also… National Fettuccine Alfredo Day and National Send a Card to a Friend Day!

One Reply to “Mondays & Memories of My Mom – Marriage And Compatibility”