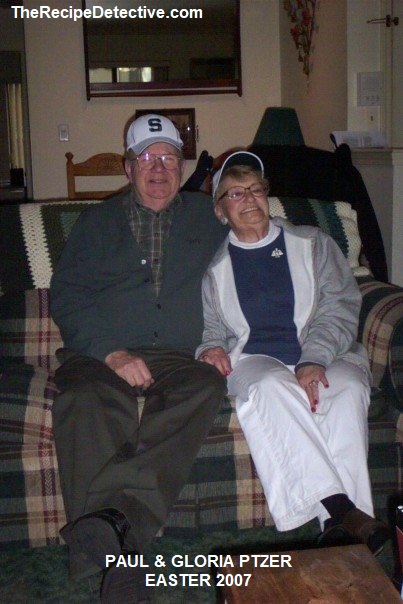 Happy Monday, once again! I think Mondays are fabulous and I always look forward to every one of them, as they’re my 52 Chances, each year, in which I get to share Memories of My Mom with you!

Wednesday is celebrating National Tell a Story Day! That’s just what I try to do, here, every Monday. I love telling stories about my mom – and it’s become one of my favorite things to do every week! Likewise, Mom always loved to tell up-lifting and humorous stories in her columns, newsletters, and books – even through her cartoon panels.

By the way, for the rest of this week, it’s still National Humor Month, too! Similar to some of her favorite comedians, Mom found her “family life” to be the best source, on which to draw inspiration for her cleverly witted, food-for-thought stories and cartoons. She was creatively gifted as an artist, writer, and story-teller – among many other things. 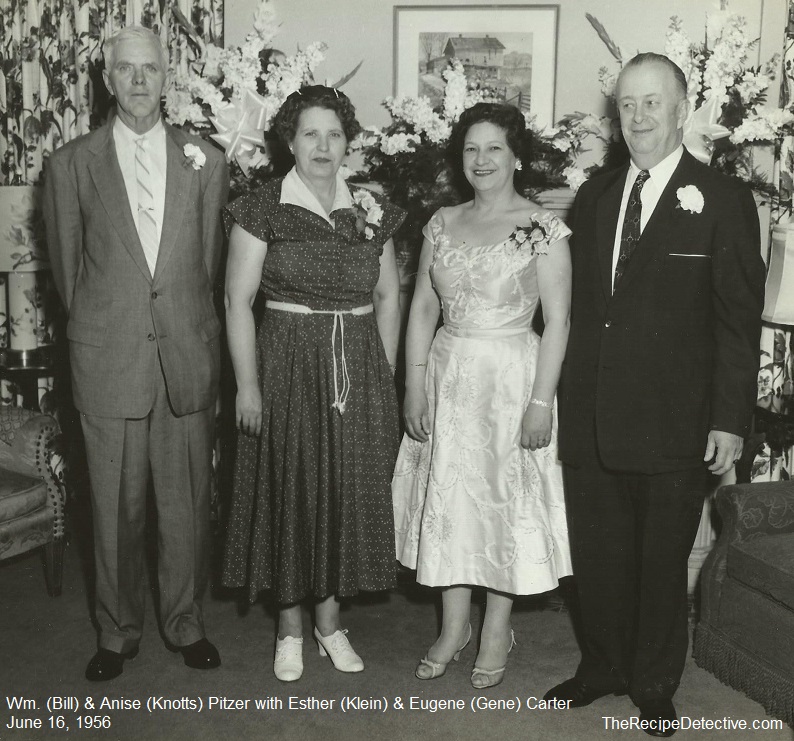 Additionally, April is National Couple Appreciation Month! And, when you think about it, none of us would be here, with stories to tell, if it weren’t for our parents getting together – and their parents (pictured above) getting together – and so on! Therefore, as far as couples go, I have to say that I really appreciate my own parents – as well as each of their parents, etcetera.

However, I would think this national observance could be better celebrated in August (rather than April) – especially in this context – as that’s when most family reunions are held, especially on Labor Day weekend, to honor the families’ elders. Otherwise, wouldn’t it make better sense to hold family reunions in April, in honor of Couple Appreciation Month? This could be the new trend for “Spring Break” events!

Mom and Dad were together for 58 years, before Dad passed away in October 2014. The first 20 years of their marriage, Dad worked in various positions at a sign company. He retired in 1976 to help Mom with her business, which had grown a lot in its first couple of years, alone; and it was taking all of his attention, when he wasn’t working at the sign company, as it was. The last 38 of those years, Mom and Dad lived and worked together, side-by-side, 24/7.

[NOTE: I shared this in one of my February blog posts, Marriage And Compatibility, along with Mom’s story of “Compatibility And Forgiveness”, from her own self-published book, My Cup Runneth Over and I Can’t Find My Mop (Secret RecipesTM, St. Clair, MI; Dec. 1989, pp. 62-64).]

It takes a very special bond – and, as Mom claimed, a lot of forgiveness – to be practically inseparable, day-in and day-out. Many couples discovered that in the early months of the “pandemic shut-down”, when most states were issuing “stay-at-home” orders to try to curb the spread.

HOMESPUN AFFORDABLE & EASY TO WORK WITH

When the recipe cards became so popular that we were packaging them, sometimes in complete [$40] sets of the full 200 selections, I began to look at the possibilities of doing my own recipe books – less-expensive to the customer, surely, and less work for us considering all of the myriad choices one can have with 200 individual cards.

I assembled several single page books that I could mimeograph, remaining independent in the production of them, and came up with several workable ideas. It was very shortly thereafter, [from] a printer Paul was dealing with, at the company he worked for in the city, that we learned how to layout our own camera-ready copy and provide the recipes quite inexpensively. It was such a relief to be rid of the messy mimeograph machine.

Self-publishing is a hard row to hoe, but worth all efforts when the final product is the result of your dedication and determination not to fail. We hope to now be able to accept QVC’s offer to let them sell our books in a series of six, as they asked us to do just two weeks after we signed with Guthie-Renker [1993]. With that now long behind us, we are finally free to fix things the way they were before we fixed them! 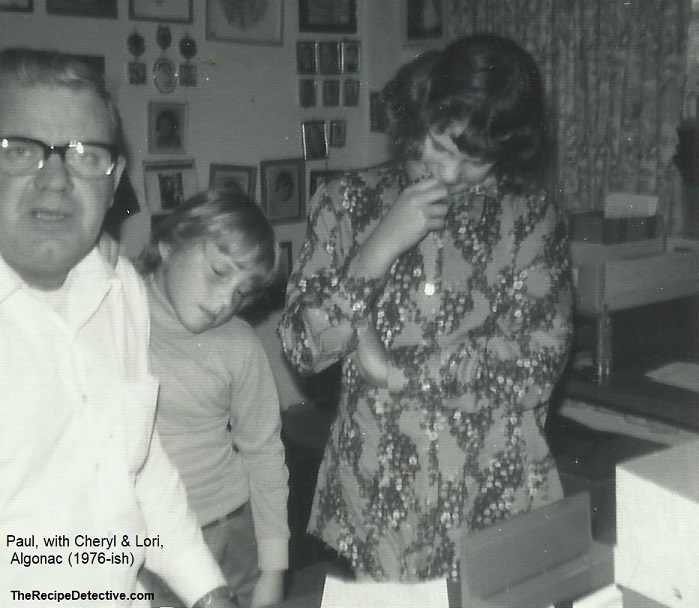 It was a blessing in disguise that Paul’s assignments at the company where he worked had given him the job of purchasing agent, for it certainly prepared him strongly for the responsibilities that would come our way in branching out into self-publishing our books.

Every department he worked in at Willey Sign Company gave him a basic foundation for being able to structure our business into a self-sufficient operation, from advertising to marketing and bookkeeping.

It was right after the ‘National Enquirer’ and ‘People’ magazine and ‘The Washington Post’ interviewed us and [printed] stories about our work, that he found himself spending every evening after he got home from his job, every weekend and his two-week vacation time, as well, working on our recipe business, that he knew he had to make a choice.

He had to give up his 20-year job and the benefits and such in order to devote full-time to Secret RecipesTM. It was a decision we have never regretted. With only $1000 in the bank and all of the bills that continued to come in day after day, we launched our ship of dreams and have never once had any regrets. Nor have we ever gone one day [as of this printing] since that date, August 13, 1976, without an order!

‘The experiences we have encountered in building this family enterprise of ours, this cottage industry…has occurred while distributing recipe secrets through radio [and television] broadcasting and newspaper exposure… I have met some of the nicest people in the world, some of the most generous people who want to share their good ideas with me as much as I want to share mine with them. Of these good people, I will speak often and lovingly.’ – Gloria Pitzer [My Cup Runneth Over and I Can’t Find My Mop (Secret RecipesTM, St. Clair, MI; Dec. 1989, p. 2)]

I have a sign, hanging proudly, near my dining room table that reads: “There’s a room in every home where the smallest events and biggest occasions become the stories of our lives.” The table is the same one I grew up with in the 1960s and 1970s. It always seemed to be my family’s favorite spot in which to gather, eat, laugh, and talk about our lives. Those were, at least for me, great times; inspiring many, humorous, family stories. 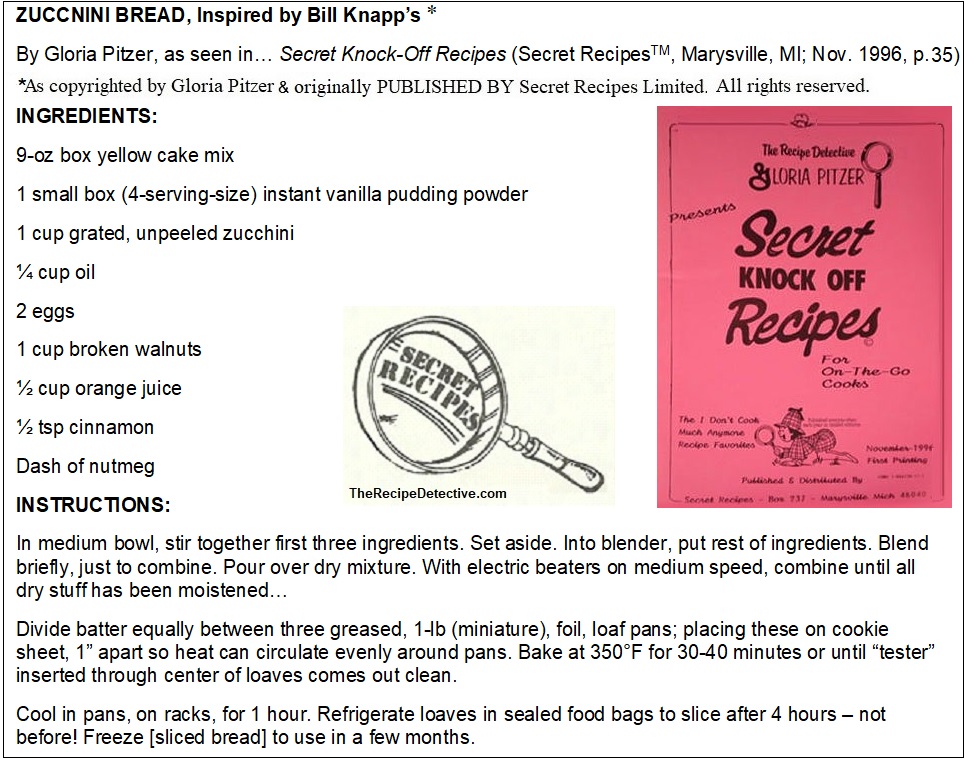 Today is also… National Telephone Day and National Poem In Your Pocket Day (which changes annually – April 25 for 2022)! 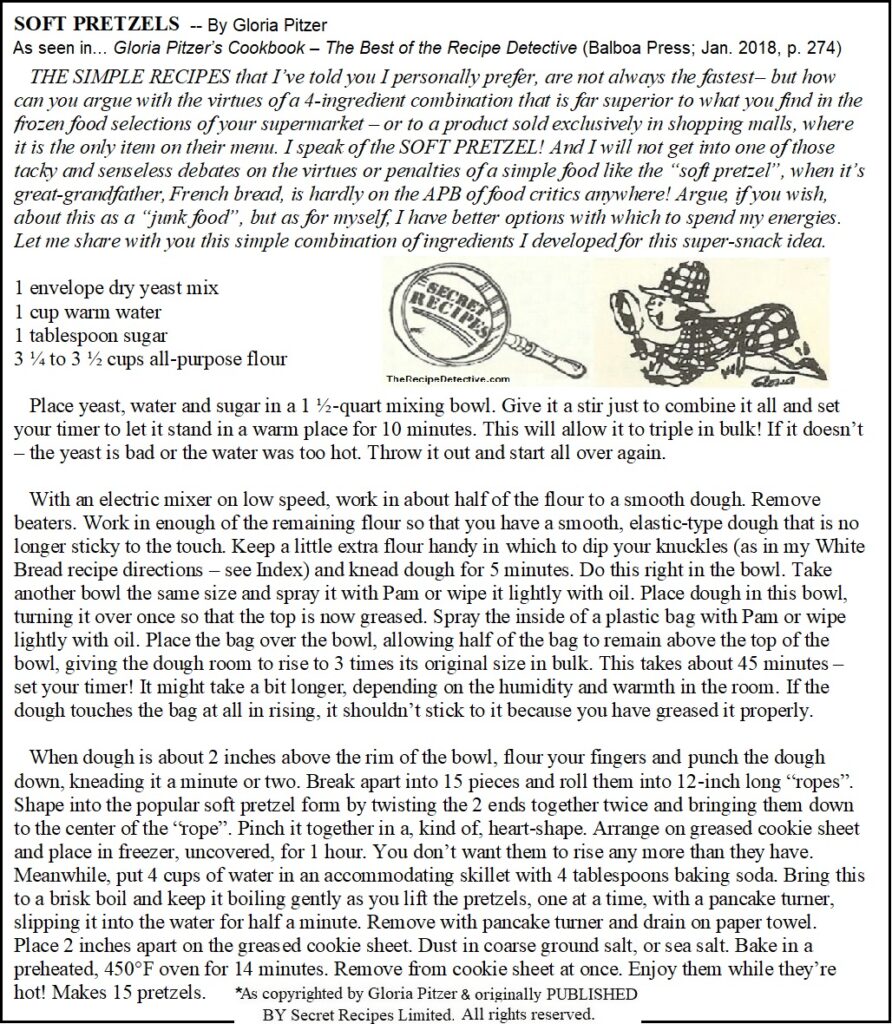 April 29th is… National Shrimp Scampi Day! Plus, as the last Friday in April (for 2022), it’s also… National Arbor Day!