According to Merriam-Webster.com, penuche is a fudge usually made of brown sugar, butter, cream or milk, and nuts. There’s also a great sounding recipe for a traditional penuche on a 2014 blog entry from Jennifer Buggica, “The Foodie Patootie”, at https://thefoodiepatootie.com/national-penuche-fudge-day/. I wish I could eat it – but, unfortunately it’s too sweet for my hypoglycemic system. I’ll have to work on a sugar-free, low-carb version, even if it won’t be a traditional penuche.

In the summer of 1976, Mom self-published a little cookbook, called The American Cookery Cookbook, of which the Henry Ford Museum bought some copies to put in its bi-centennial collection. That was the only cookbook, of Mom’s, in which I could find a copy of a traditional-style penuche recipe. Mom called her recipe ‘San Diego Penuche’.

No matter where you go across North America – from a little German town in Michigan, called Frankenmuth, to See’s Candy shops in California to Walt Disney World in Orlando, FL to the Maple Leaf Village in Niagara Falls, Ontario – fudge is a tourism staple and the making of fudge, before our very eyes, has become an art form, as well as a form of entertainment for millions of North American tourists every year.

I can’t have fudge anymore because of my low-carb lifestyle AND hypoglycemia. I miss my carbs so much! Some sugar-free and low-carb versions of anything may still taste okay, but they’re just not the same, nor really as good! However, I can still reminisce about the real tastes as I watch the fudge-makers perform their magic shows through the big picture windows of all the little fudge shops in all the tourist areas I visit!

It’s still fun to watch them, live, transforming their thick, molten liquid creations – like the river flowing through Willy Wonka’s chocolate factory – by pouring the confections out of big vats and onto large, cold, marble slabs. Then, the fudge-makers fold the gooey mixture over and over again, cooling it and thickening it through the process, until they’ve formed long loaves of thick, sweet goodness to be sliced like bread. It doesn’t cost me any carbs to stand there and smell the sweet, sugary aromas – and reminisce about the flavors I remember from my childhood!

I have so many wonderful, childhood memories of family, summertime trips to popular tourist spots like Cedar Point (Sandusky, OH), Disneyland (Los Angeles, CA), Toronto and Niagara Falls (both, in Ontario, Canada). In addition, are our own beautiful “up north” Michigan destinations like Mackinaw City, Mackinac Island and Tahquamenon Falls. Everywhere we visited, there was usually a fudge shop at which to stop and see a fudge-making performance, as well as to buy some of their tasty treats.

An interesting story on the history of fudge and how it came to be a tourism staple, in the first place, can be found at https://www.chowhound.com/food-news/205844/how-did-fudge-become-a-staple-of-tourist-towns/. Another great article to check out, on the subjects of fudge and tourism, is called “Why does every Tourist Attraction sell Fudge?”, by Kat Eschner (Smithsonian.com; May 12, 2017), at https://www.smithsonianmag.com/smart-news/why-does-every-tourist-attraction-sell-fudge-180963152/.

Going through Mom’s old photo albums brings up so many more memories of our family, summertime vacations. Mom, almost always, was the one to photograph all those special moments; although, Dad would take a picture every now and then, so Mom could be in some shots as well. Back then, there weren’t “selfies” or digital cameras with the capabilities of capturing thousands of pictures!

Years ago, every shot needed to count because your roll of film was limited to a certain number of photos, and you didn’t know if any of them would come out right until you had the film printed – there was no instant viewing and deleting, like we can do now. Photo technology has come such a long, long way over the last 50 years.

I remember when Polaroid cameras and disposable cameras were the new, cutting-edge technology! Now your cell phone is an all-in-one-personal-assistant with a built-in camera to capture every “Kodak moment” as it happens! AND, not only that, but, now, you can also skip the whole printing process and still share your photos through the internet via emails and social media sites or, more privately, through text messages!

I would have to say, the Mackinac Island fudge shops are probably my favorite ones of all! And the summer vacations we spent on Mackinac Island were always the most memorable! Except for the smell of horse dung, baking in the summer heat, the island is actually full of many heavenly scents from the sugary confections being made in the fudge and candy shops to the wonderful aromas seeping from the island’s restaurants and bakeries to the heavenly scents surrounding all the beautiful gardens that are everywhere. Mackinac is a very nostalgic place – no cars are allowed on the island, so getting around it is usually done by foot, bicycle or horse in some manner.

Whether we stayed in Mackinaw City and visited the island all day or we stayed at the Grand Hotel, right on the island; it was always a magical trip back in time… especially the summer when the movie, Somewhere in Time, was being filmed there! What a special treat for all of us to experience! [NOTE: long before that, another movie was also filmed at the Grand Hotel. In 1947, Ethel Merman swam in the kidney-shaped pool of the Grand Hotel during the filming of This Time for Keeps. Thus, the pool was named after her.]

Our reservations were made in February, that year, to spend the Fourth of July week at The Grand Hotel on historic Mackinac Island in Northern Michigan. We had heard, when we arrived, that Universal Pictures was filming a movie with Christopher Reeve and Jane Seymour and that our 2-day stay at the hotel might be disrupted from the usual routine we were used to when we stayed there. The place was booked, and we were lucky to have those 2 days because other customers had canceled. The scene when we arrived was one of spectators and glamorous Hollywood activity in the lobby and on the grounds.

Paul was just teeing off at the green next to the golf pro shop, the next morning, when we heard a sympathetic moan from the beautiful leading man, himself, as he locked up his bike and headed across the street to the filming activity. I know I should have run after Christopher Reeve for his autograph, but I was in shock!

Later, in the hotel lobby, we watched the scene when Christopher Reeve checks into The Grand and, later, when he and Jane Seymour take a buggy ride away from the entrance of the hotel with Christopher Plummer looking on. Take the time to enjoy seeing the movie they were filming – we’ve seen it 4 times and can’t wait to see it again! It’s for everyone who has ever been in love – or who has ever visited lovely Mackinac Island, as we do every summer.

In one scene of the movie you’ll notice, on the main street of the village, a sign over a shop that reads ‘Murdick’s Fudge’, a recipe which I have coveted for years. Finally, after dozens of tests, I came up with the secret for purporting this product at home… It whips up in 5 minutes and, a week later, it’s still smooth and creamy. – Gloria Pitzer [from Gloria Pitzer’s Cookbook – The Best of the Recipe Detective (Balboa Press; Jan. 2018, p. 235)]

After Mom and Dad became empty-nesters, they bought a camper and traveled even more – being that it was much more affordable with only the two of them! Joining the Good Sam club was always one of their most favorite experiences. Mom had many scrap books full of photos and special keepsakes from all of their trips with the Michigan and Ohio chapters. Mom also wrote about her and Dad’s trips in most of her summer newsletter issues, especially about all the great new friendships they made everywhere they went. They always looked forward to the Good Sam “Jamborees”!

Needless to say, I can’t wait until we can begin our ‘motor-home camping’ again with our Good Sam friends. It’s our weekend vacation pleasure, May through October. Becoming part of the Good Sam organization is the best thing that has ever happened to us, where we could both enjoy mutual friendships and activities. Wonderful, caring people, who constantly remind us that ‘there are no strangers in Good Sam – only friends we haven’t met, yet!’ – Gloria Pitzer [from Gloria Pitzer’s Secret RecipesTM Newsletter (Secret RecipesTM, St. Clair, MI; May-June 1987, 126th issue, p. 3)] 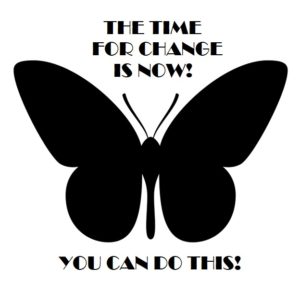 On the first day of spring, I started a low-carb lifestyle (like the Atkins Diet). Thus far, it has been 124 days of no bread, pasta, rice, potatoes, sugar, most fruits – you know, all the good stuff… and, boy, do I ever miss the good stuff! It feels just like when I quit smoking cigarettes over 13 years ago. Absence does make the heart grow fonder – at least for a while! I must admit, I’m a carbohydrate addict!

In fact, I never realized how much I ate (and how little my husband ate) until I started this low-carb lifestyle/diet. I HATE waste and throwing out food! But, after I started my new lifestyle, I realized that I was the only one who had been eating up the left-overs, so food wouldn’t go to waste. It’s been difficult, learning to cook two, small, single meals at a time. I’ve been so used to cooking large portions for so long.

After starting this new lifestyle out at a daily carbohydrate limit of 20 grams, for a few weeks, I raised my carb-limit up to 25 grams a day and have kept it there so far. It seems to work for me. But, whenever I don’t keep track of my carb-intake, I go over my limit. I can feel its effects the next day, and it doesn’t feel good (such as an upset stomach and the shakes from a drop in my blood sugar level); plus, I re-gain a pound or two.

I mentioned in my last “Diet Update” that I had recently started using almond flour to make some Keto recipes. I still LOVE the 90-Second Microwave English Muffin! I like to turn my “slices” into a Monte Cristo sandwich for breakfast. It’s a little piece of heaven for about 9-grams of carbs!

I’ve also been experimenting with some of my favorite cookies and dessert recipes, using sugar-free and low-carb ingredient substitutions. I have developed a no-bake cookie concoction that can be panned up and cubed like fudge. I also like to use a no-flour, 3-ingredient, peanut butter cookie recipe that’s been around for years, substituting my own low-carb ingredients!

As of today, I’ve lost about 37 pounds! However, my “exercise regimen” is STILL not steady, to say the least! Nevertheless, I need to change that because I continue to not spend near enough time weeding my gardens or going for brisk walks. Thus, I won’t stop trying to make those things part of my already irregular, daily routine. My goal is to lose another 8-13 pounds, but I don’t have a deadline set. I’ll get there when I get there, but I WILL get there! 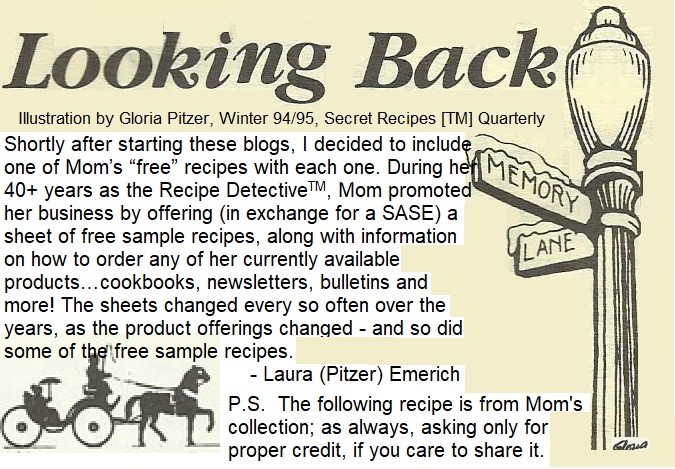 Last month, I shared a version of Mom’s Disney World-Style Fudge from one of her free recipe and information sheets… Below is a different version of that recipe, as seen in Mom’s cookbook, The Original 200 Plus Secret Recipes Book (Secret RecipesTM, St. Clair, MI; June 1997, p. 9) – and its ingredients are more similar to those of a traditional penuche. Again, asking only for proper credit if you care to share it. 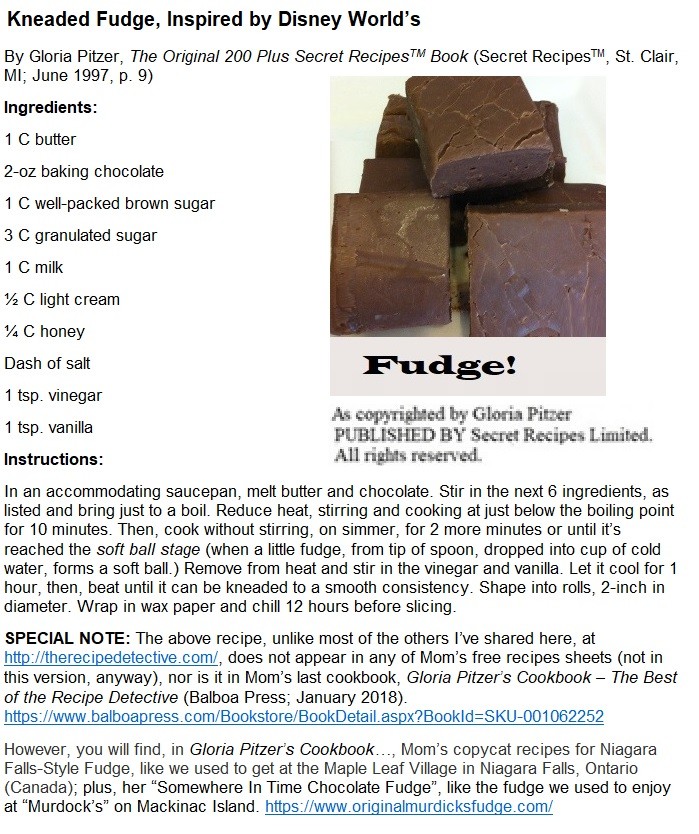