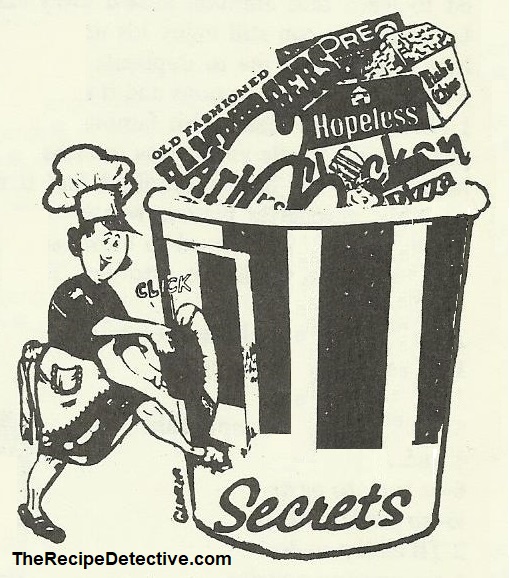 Happy Monday and happy April! I love Mondays, as they’re my 52 Chances each year, in which I get to share Memories of My Mom with all of you!

Every day is a new day – a turning point, a gift, an opportunity! Each one has something to celebrate! Celebrating develops gratitude, which creates “turning points” for attitudes. Likewise, it generates a greater enjoyment of what we already have. As Ava Freeman wrote in one of her beautiful paintings (circa 1980s), ‘Every new day offers many gifts… Untie the ribbons!’

Did you know that today is, among other things, National Hug a Newsperson Day? Mom worked as a newsperson and syndicated columnist for years before developing her recipe business. Every day was a turning-point-opportunity to Mom. I wish I could hug her! Her newspaper days were among the many turning points in her life that lead to her becoming The Recipe DetectiveTM. 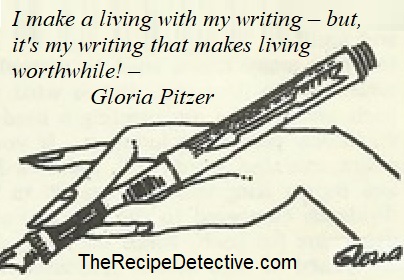 Long before that, when Mom was 10, she saw the 1946 movie, Devotion (about the lives of the Bronte sisters), which created her own personal devotion to daily journaling. That was the first turning point for Mom, in becoming a writer. As a teenager and young adult, every story she wrote, for the various contests she entered and won, usually had something to do with food. Mom accredited these to being turning points in her journey as a writer.

Another major turning point came in the early 1970s, when Mom left her job (as a columnist at a local newspaper), to go home and start her own business with her groundbreaking concept of copycat cookery. That, in itself, was also a major turning point in the food industry!

All the media exposure Mom received from newspapers, magazines, radio, and TV talk shows, were more turning points in her growth and notoriety as The Recipe DetectiveTM. The most influential of all was probably The Phil Donahue Show, on which she appeared twice! Each time, the episodes were re-run around the world, with an over-whelming response! 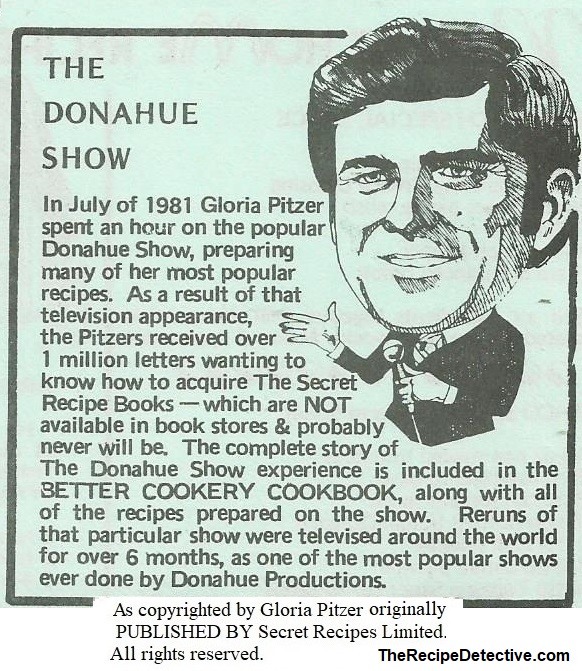 If you’ve ever seen 1 million letters, you know how we felt when we tried to handle the overwhelming response [from our July 7, 1981, appearance on The Phil Donahue Show, in Chicago]! It was exhausting!

Our home, which was both our office and our sanctuary, became like a factory, with people helping us to process the mail, eventually having to return thousands of the orders to the customers with our deepest regrets that we could not, in all fairness to them, delay their order.

The onslaught of mail had forced us to do this. We were all working from 7 AM until 1 or 2 AM the next morning just to open and read the mail. Our phone bill had been buried in some of that mail and in a month’s time, being something like 23 to 24 days behind in opening the mail, our phone was shut off for non-payment of our bill.

As soon as we realized what the mail was doing to us, we tried to get Donahue’s people to stop the continued scheduled showings of our appearance. But that show remained on their repeat schedule for almost a year, playing in the Panama Canal zone, Greenland, Iceland, Australia and on hundreds of small town stations. 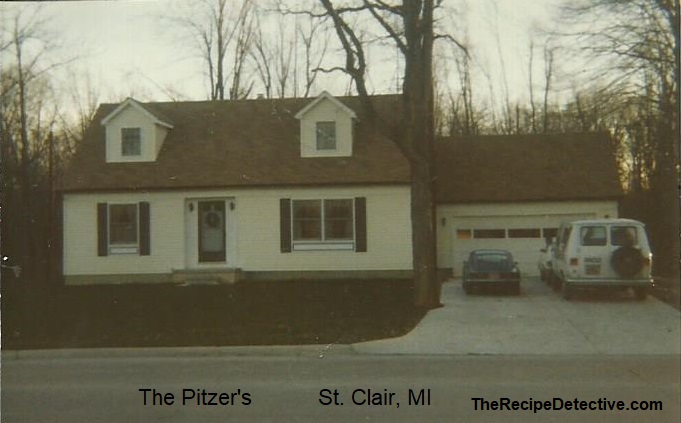 Most of the letters requested a sheet of ‘free’ recipes that were included with the order blank for a self-addressed stamped envelope to us. The offer would have been good for us, if it had only been shown that one time – the day on which we appeared on the show – but for nearly a year afterward, the requests still came, as did the complaints and the threats to report us to postal authorities for not having sent those ‘free’ recipes, tore us apart emotionally and physically!

Some people did not include their self-addressed-stamped envelope. Some envelopes were addressed to themselves, such as Joe Smith, but in care of OUR address instead of THEIR address. It was a confusing mess! Some people wrote threatening letters that they hadn’t received their orders and were turning us over to the postmaster general as frauds!

I laid my head on my desk many a time, in tears of anguish and fatigue. The family was falling apart. We couldn’t print our books fast enough, to fill all the orders! Then the post office, in delivering the thousands of books that we DID mail out, lost some, destroyed some, and delayed and even mis-directed other orders.

I remembered what Dick Syatt, one of our radio friends, had told me about finally getting everything you ever wanted, when he said, ‘Hell is God, giving you what you thought you wanted.’ Sometimes we need to have something, lose it and get it back again before we can really appreciate what we have. I had that chance, and I am so glad for it. It was [a turning point] a time to learn and to grow. 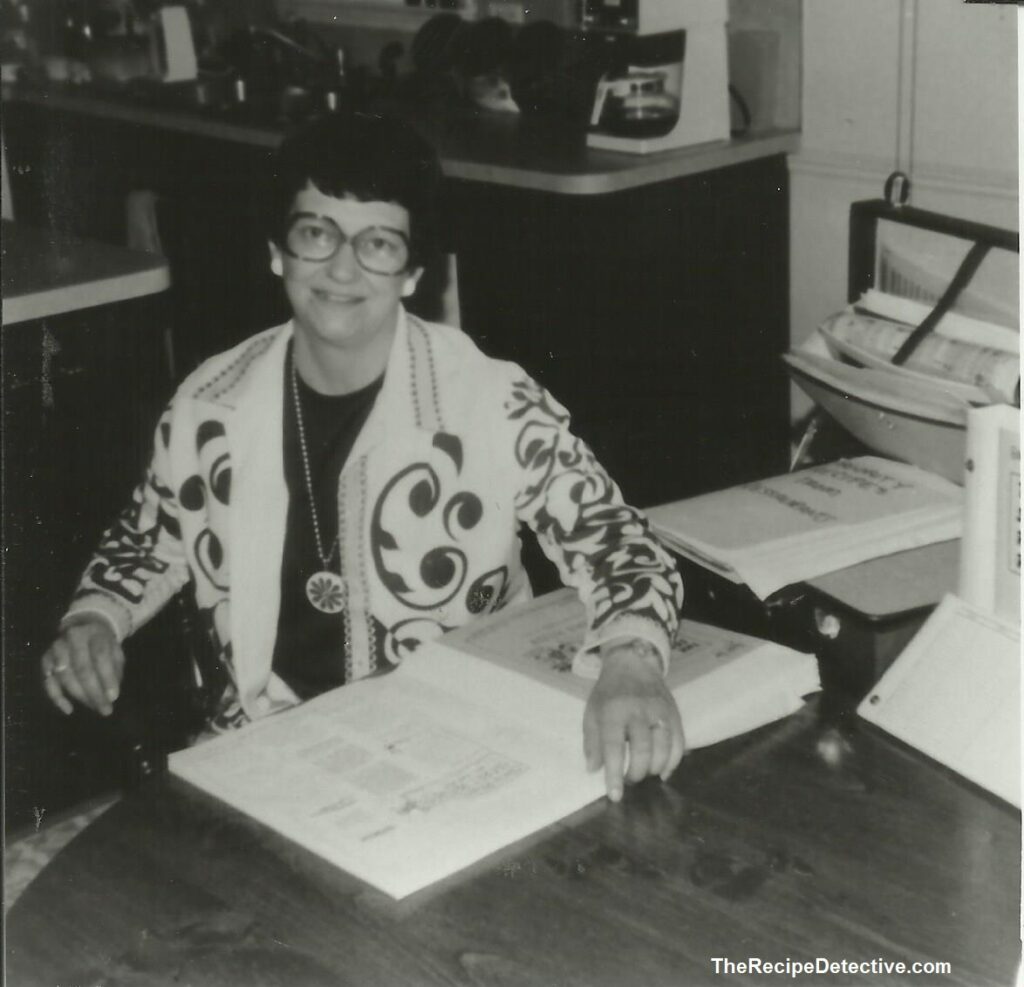 Mom claimed that one important “turning point” in her recipe work was the influence she got from Col. Sanders, himself, during one of her radio show visits on a Dallas station. His suggestion of finding one supermarket product for his “secret herbs and spices” made her fried chicken recipe more like the one he originally developed.

Mom shared her famous imitations (as she developed more than one version) of his chicken, during each of her appearances on The Phil Donahue Show. She humorously insisted that (with either version) the Colonel would’ve been a General if he had used her recipes!

At one time or another, these were all on Mom’s “free sheet” – a dozen or so copycat recipes that she gave away in exchange for self-addressed-stamped-envelopes, including ordering information for her newsletters and the cookbooks she had in print.

Friday is the 29th anniversary of Mom’s SECOND appearance on The Phil Donahue Show (1993), which SMASHED national records for transcript requests – since Mom and Dad insisted that the show NOT give out any of their contact information; creating another turning point, not only for Secret RecipesTM, but also for Journal Graphics and The Phil Donahue Show!

ON APRIL 8, 1993, we accepted the invitation to appear for the SECOND time on ‘The Phil Donahue Show’, with one provision – they would promise not to give any information as to our whereabouts. It was a one-of-a-kind experience that is still talked about, remembered, and known for having broken all records in transcripts sold, as well as video tapes of ‘The Recipe Detective’, as provided by Journal Graphics in Denver, CO.

The reason this show could never again be equaled was because of the spontaneous, un-rehearsed, energetic give-and-take between the audience, Phil Donahue, and myself as we spent the hour ‘live’, preparing 10… of my ‘Secret Recipes’.

The show was so well received it was rerun in June of 1994. Perhaps the reason I’ve declined other TV show invitations, which included Letterman, is that I would rather people remember how well my last TV appearance went than to have them see a show that was not as well presented as Donahue’s. 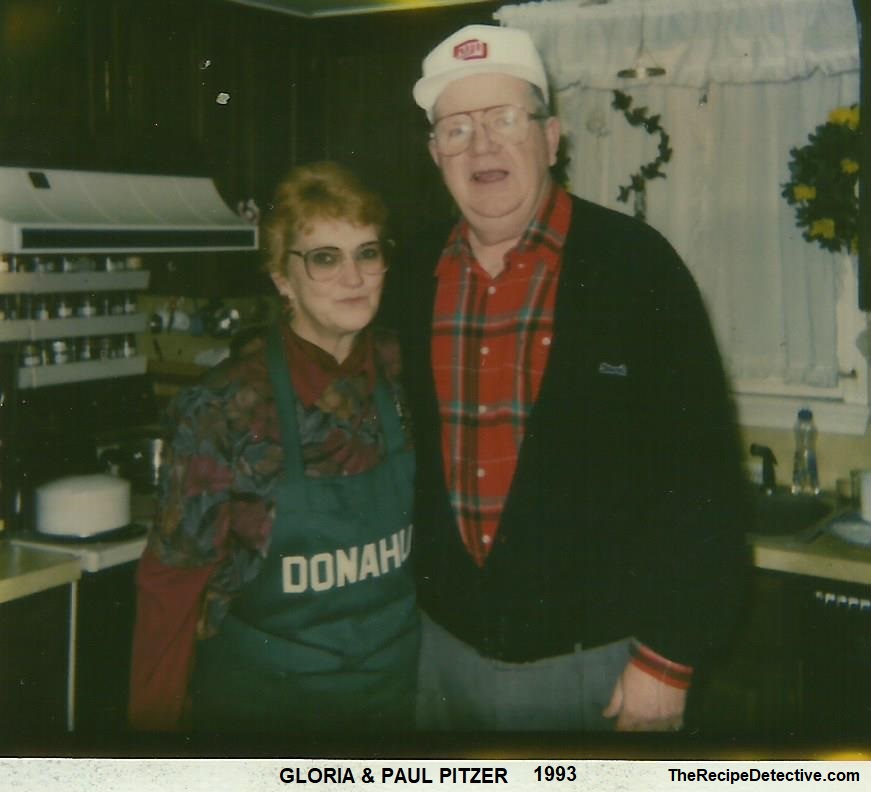 Unique to the April 1993 show was the unity we all felt as… I worked with the staff, crew, producers, and every person in the backstage kitchen to put those… recipes together. Molly Fowler had shopped for all of the food and gave every dish we did a special touch, along with the efforts of Executive Producer, Pat McMilan, and Program Producer, Donna Wright… even Joe, who had met us when we were in Chicago [1981] for the FIRST appearance.

It was a beautiful reunion and the plaque that they received for their success with it, was later passed on to us, with deepest appreciation. We did the show for the honor of being a part of it rather than to drum up sales and that made it special. The prayers that reinforced the energy, cooperation, and harmony of the entire production blessed everyone involved.

Journal Graphics’ Vice-President called us two days after the telecast to tell us they had sold some 1,000 transcripts for the most popular show before ours, which was Ross Perot; but, in two days, our show had sold 50,000… transcripts and some 3,000 videos. It was up to half a million in a few months – the most ever sold of any show in the history of that company.

EVERY DAY IS A NEW DAY!

We always look for a turning point in our lives when things have not gone smoothly. I’m beginning to believe that every day is a turning point – that each experience contributes to our eventual goals and growth. I caution my newsletter readers, even today, not to think in terms of ‘forever’. Think of now and forever will take care of itself.

It is not so much where we have been or where we are going but where we are NOW that matters. I look back only to find comfort in those never-again moments during which our five children were growing up and our family enterprise was just getting started. I can only remember how Paul looked when I told him I had bought my own mimeograph machine and how I was using it. BOOM! 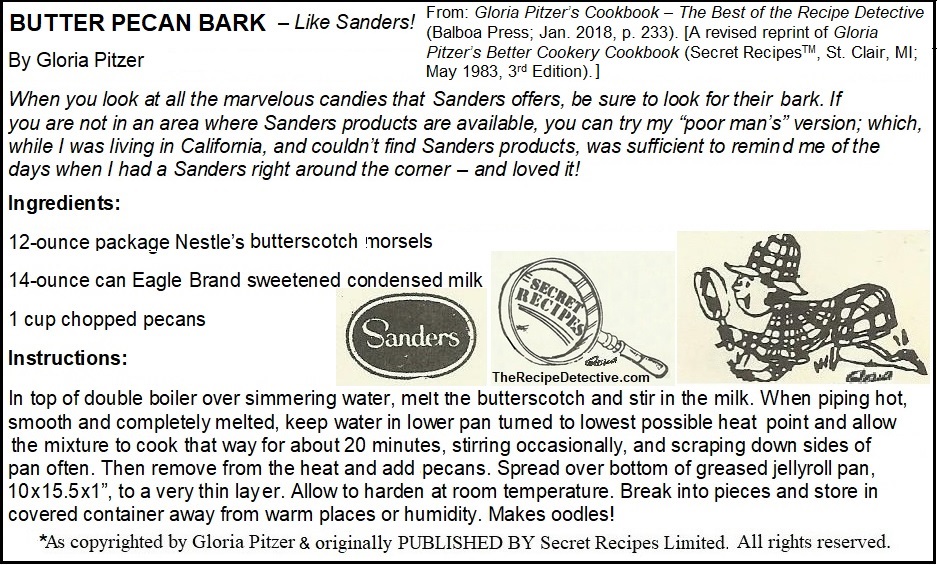 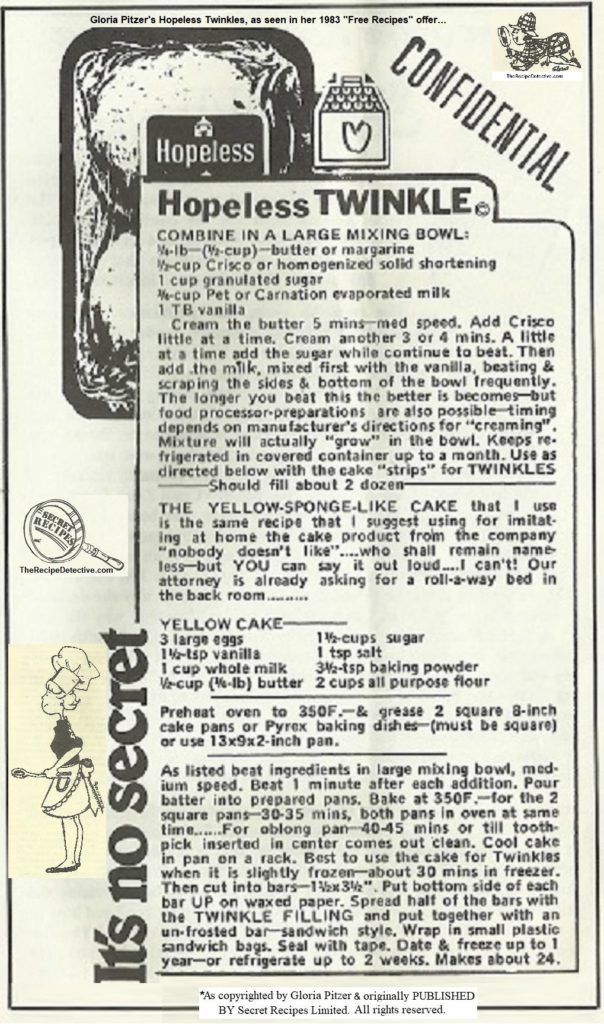 April 7th is… National Beer Day, National Coffee Cake Day and National No Housework Day! Mom would LOVE celebrating this! Plus, as the first Thursday in April (for 2022), it’s also… National Burrito Day!

April 8th is… National All is Ours Day!