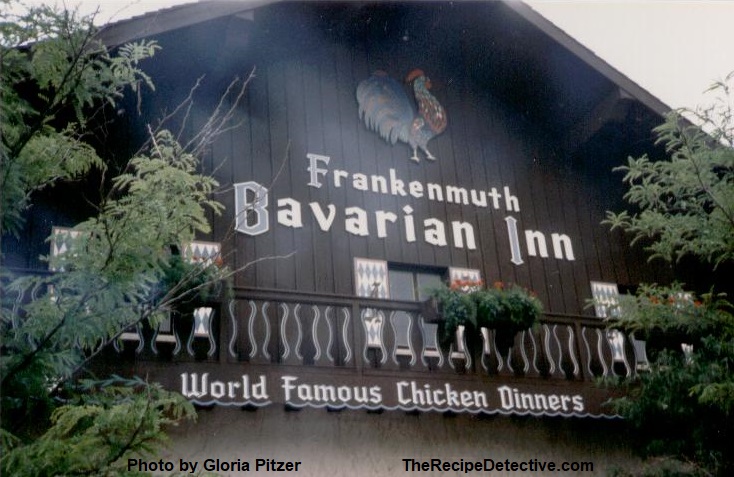 Happy Monday! If you’ve read any of my blog posts, you probably know that I always look forward to Mondays, as they’re my 52 Chances a year, in which I get to share, with you, Memories of My Mom!

Last week, I heard a story about a fellow Michigander who’s literally been collecting map dots, traveling to every town in our state. He has an awesome Facebook page, called Scott’s Michigan adventures,  where he’s been depicting his travels. I thought it was very inspiring, as my husband and I love exploring Michigan, too! However, we’ve never physically collected the map dots.

I’ve written a number of blog posts about how much we love to hit the road, whether for a day trip or a weekend get-away; like Mom and Dad always did, especially to explore our beautiful state. In my completely Michigander-biased opinion, having been raised by two other born-and-bred, proud Michiganders, this is one of the most beautiful states in our country!

In a couple other blog posts, I’ve mentioned that Michigan has 3,288 miles of shimmering, fresh water coastline; bordering four of the five Great Lakes, which are part of the historic St. Lawrence Seaway. In fact, Michigan has the longest freshwater shoreline in the U.S., and we live less than a mile from where it goes by our hometown of St. Clair. We love seeing the big ships pass through our area, which has been home to many captains of the Great Lakes’ freighters. 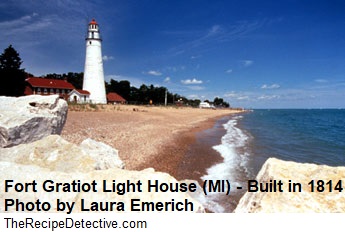 Moreover, Michigan is second only to our largest state, Alaska, for the greatest length of U.S. coastline; regardless of whether it’s sea or fresh water. My husband and I consider ourselves lucky to live in such a phenomenal state! Given enough time and money – and especially a better vehicle – we’d love to travel and explore the historic lighthouses and towns that dot Michigan’s shoreline. Now there’s a bucket list, all by itself.

Within its thousands of miles of shoreline, Michigan also has over 19 million acres of forests that cover 53% of the state – most of which is considered timberland. This state is home to an abundance of significant places and beautiful sights. By the way, the brilliant fall colors are in full bloom in the northern half of the state right now – and can be seen from space! 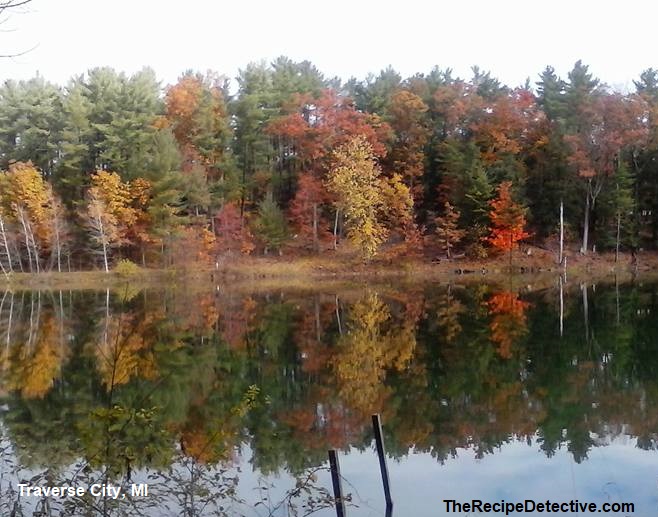 What’s more, this state is (or was) the home of many famous people, iconic foods, and renowned restaurants – past and present. Even more than that, as I’ve also mentioned in previous blog posts, it’s home to a lot of special Americana oddities!

My husband and I love to discover those little peculiarities that make each Michigan town we visit special. After all, every town has a story to tell. Rose City is a Michigan map dot we visited this summer that’s home to a phenomenon we call “gravity hill” (aka: “magnetic hill” or “ghost hill”). Have you ever experienced rolling UP a hill?

Just a few months ago, we enjoyed this peculiar experience near the end of an old gravel road, called Reasoner. A large farm sat at the end of the road, up a second, larger hill. It was truly amazing when we started rolling backwards, while in neutral, UP the small hill we just came over!

Good directions to this spot (and instructions) can be found at http://www.eureka4you.com/magnetichillworldwide/RoseCity-MI.htm. But a really good video of the same experience we had can be viewed at https://99wfmk.com/reasnerroad2018/.

We have a book, called Weird Michigan, by Linda S. Godfrey (Sterling Publishing Co., Inc.; New York, NY; 2006), which has been one source of inspiration for some of our explorations. Page 182 mentions Rose City’s “gravity hill” marvel. 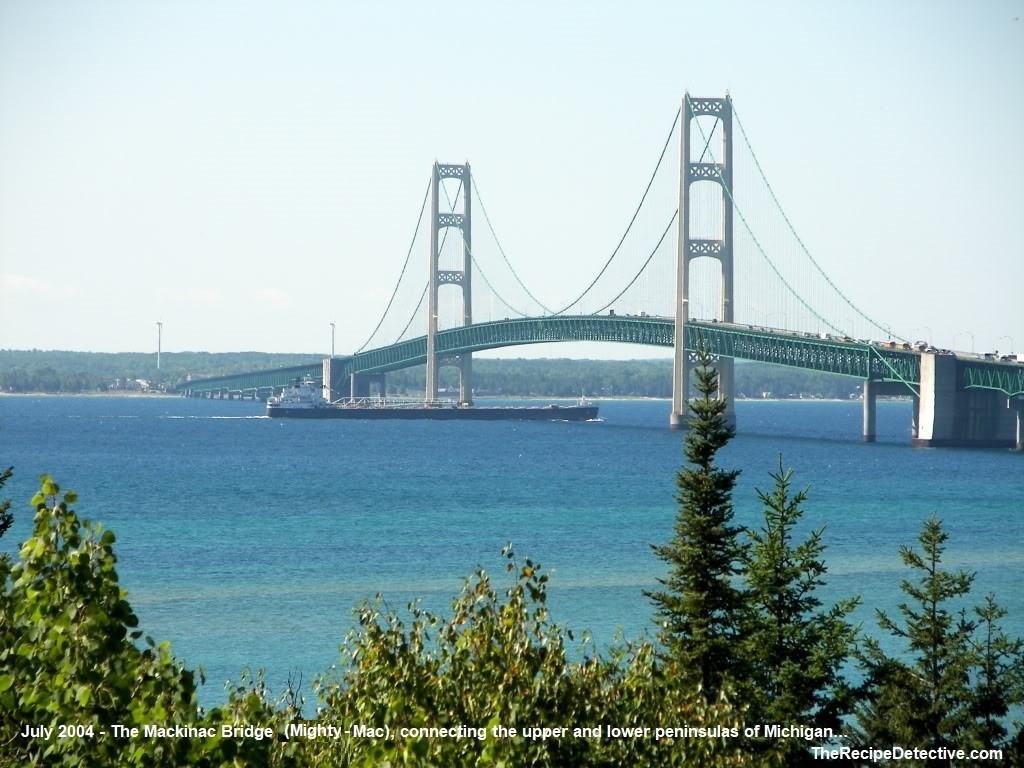 The book also tells about another hill, at a Michigan map dot called “Putney Corners”, in Blaine Township; which is in Benzie County, south of the Traverse City area and west of Crystal Mountain. I’ve also heard of a similar one just across the Mackinac Bridge, near St. Ignace, in Michigan’s Upper Peninsula. Both of those are now on our new bucket list of Michigan map dots.

There are some map dots, within a couple hours’ drive from us, that we enjoy so much we visit them at least a few times each year. One such place, located near Saginaw, was also a favorite map dot of Mom and Dad’s, called Frankenmuth.

Tourists flock to this village from all around the world and stand in line for hours to get one of the world-famous chicken dinners offered at either one of the two largest establishments in the middle of town – the Bavarian Inn and Zender’s.

This town’s German heritage exudes from its many restaurants, bakeries, fudge shops, hotels, breweries and other quaint little stores that line the mile-plus length of the main street through town – from Bronner’s Christmas Wonderland to the Frankenmuth Brewery! Below is a re-share of Mom’s imitation of Frankenmuth’s famous chicken. 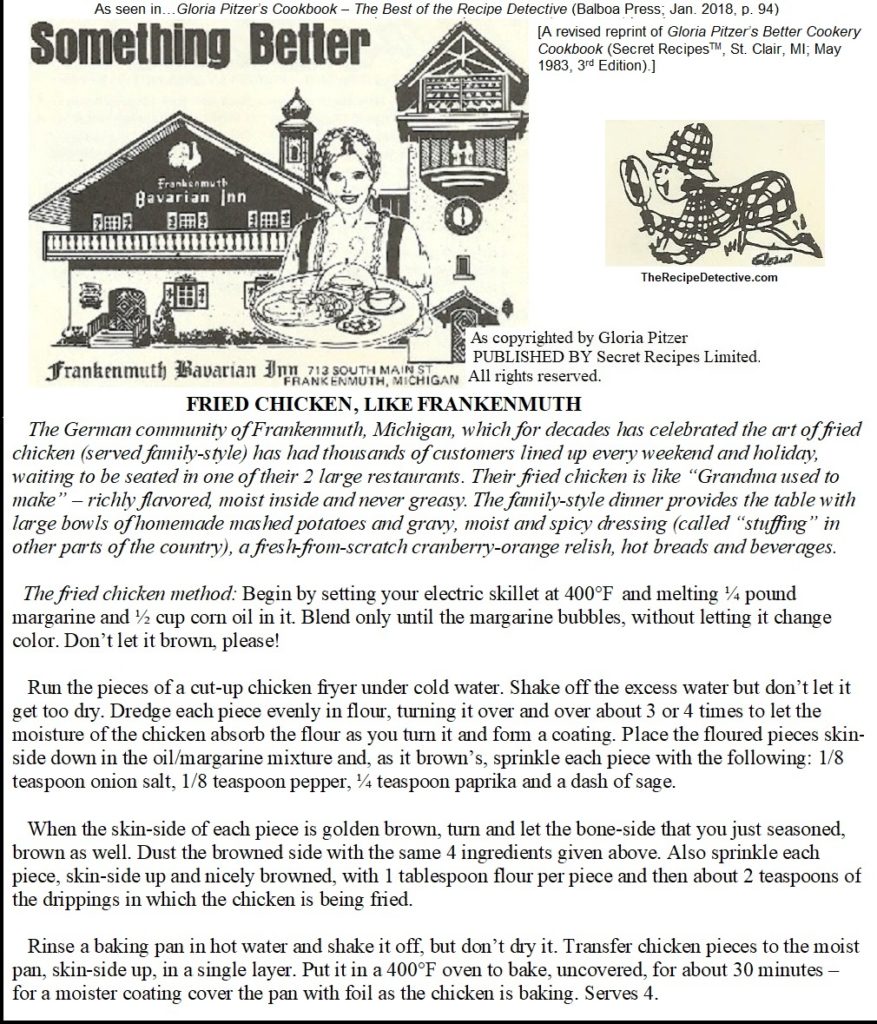 During the 40 years that Mom investigated different restaurant dishes, as The Recipe DetectiveTM, she came up with about a dozen imitations from some of Frankenmuth’s establishments; including some of the other world-famous dishes available at the town’s two major restaurants. Mom also imitated some of the sweet confections from the town’s wonderful bakeries and fudge shops.

After Mom and Dad became empty-nesters, their travels really blossomed. They bought a camper and toured even more – often mixing work with pleasure (as Mom’s work was her pleasure). Figuratively speaking, they collected a lot of map dots, not only in Michigan but all over the U.S. It was undoubtedly much more affordable to do, with only the two of them!

Joining the Good Sam RV club was always one of their most favorite experiences and a big source of wonderful map dot memories. Mom had many scrap books full of photos and special keepsakes from all of their trips with the Michigan and Ohio chapters of Good Sam.

Mom also wrote about the trips she and Dad took, often, in their newsletter issues – from the new restaurant dishes they tried, as they traveled, to the marvelous dishes they experienced at some of Good Sam’s “bring-a-dish-to-pass” events, during their “Samborees”. Equally notable were the great friendships they developed everywhere they went.

To the Good Sam RV Club (MI & OH Branches): “Thank you for giving me the opportunity to meet with and talk to people from all over the country, relative to their recipe interests and food needs… Since our camping experiences with…’Good Sam’, [Paul and I] have truly adopted their slogan, ‘In Good Sam, there are no strangers – only friends we haven’t met yet!” – Gloria Pitzer (1989) 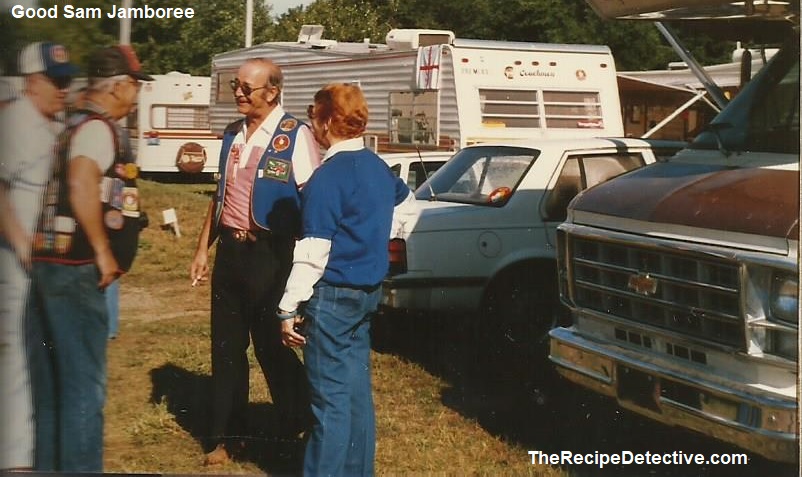 FRIENDS ARE THOSE PEOPLE who know everything there is to know about you, but like you anyhow! …Needless to say, I can’t wait until we can begin our ‘motor-home camping’ again with our Good Sam friends. It’s our weekend vacation pleasure, May through October.

Becoming part of the Good Sam organization is the best thing that has ever happened to us, where we could both enjoy mutual friendships and activities. Wonderful, caring people, who constantly remind us that ‘there are no strangers in Good Sam – only friends we haven’t met, yet!’

ONE THING AMONG MANY that I have learned from Good Sam, the national RV organization, to which Paul and I have belonged for three years now [since 1985]; is that you should never ever withhold your enthusiasm for caring about others.

Never regret anything you do or say on behalf of the good it might bring to those [about whom] you care – for, if your motives are unselfish, and your intentions are to encourage or enrich or benefit others, you can’t lose. You should jump right in, adding enthusiasm to whatever it is that you are doing that might appear to be just a passive condition when enthusiasm is needed.

Try a little enthusiasm! …Enthusiasm and optimism go hand-in-hand with happiness. These provide us with an emotional springboard from which we can dive quite smoothly, into deep and troubled waters, and still surface refreshed and invigorated.

The trouble with trying to be happy all the time is that most people look for one particular condition or experience or possession, from which they hope to derive complete contentment, forgetting that happiness is a moment – not a forever!

When planning your next road trip to explore some amazing places, be open to taking a few fascinating detours and don’t forget to journal your map dots, while discovering the coolest, off-the-beaten-path places along the way! Here are a few other basic tips… 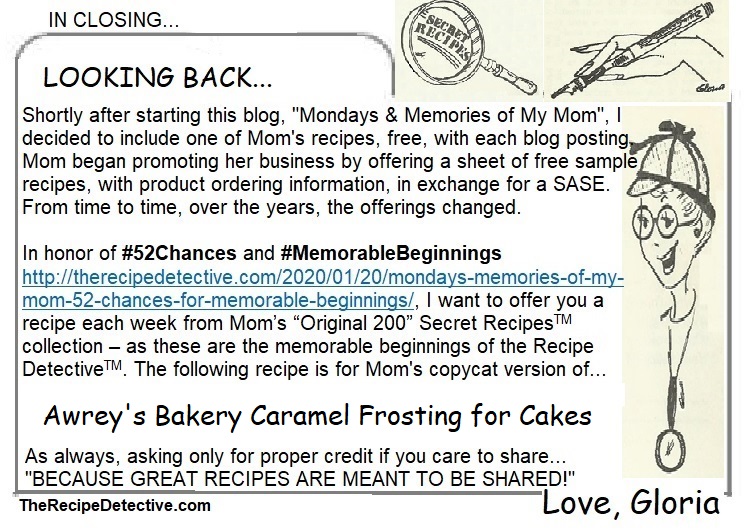 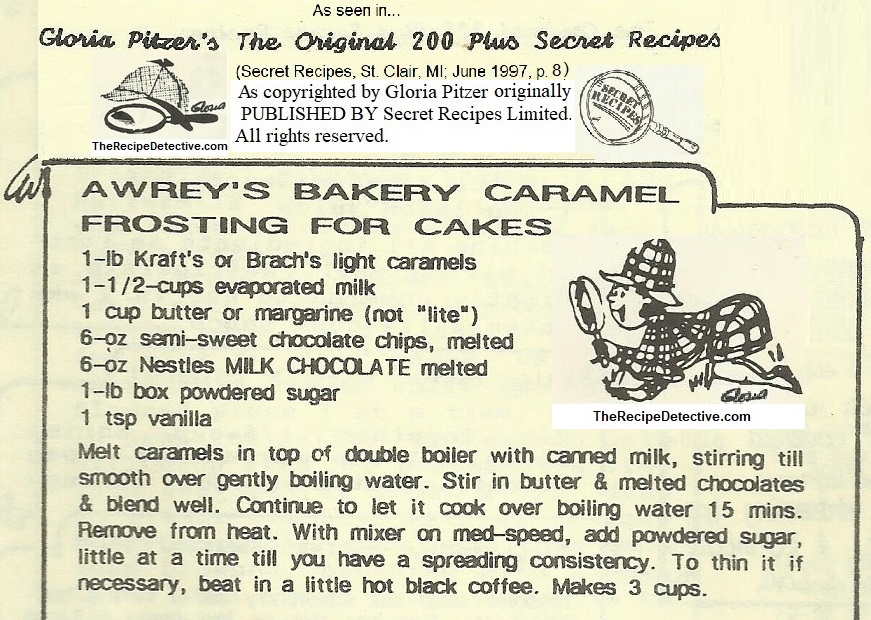 2 Replies to “Mondays & Memories of My Mom – Michigan Map Dots”