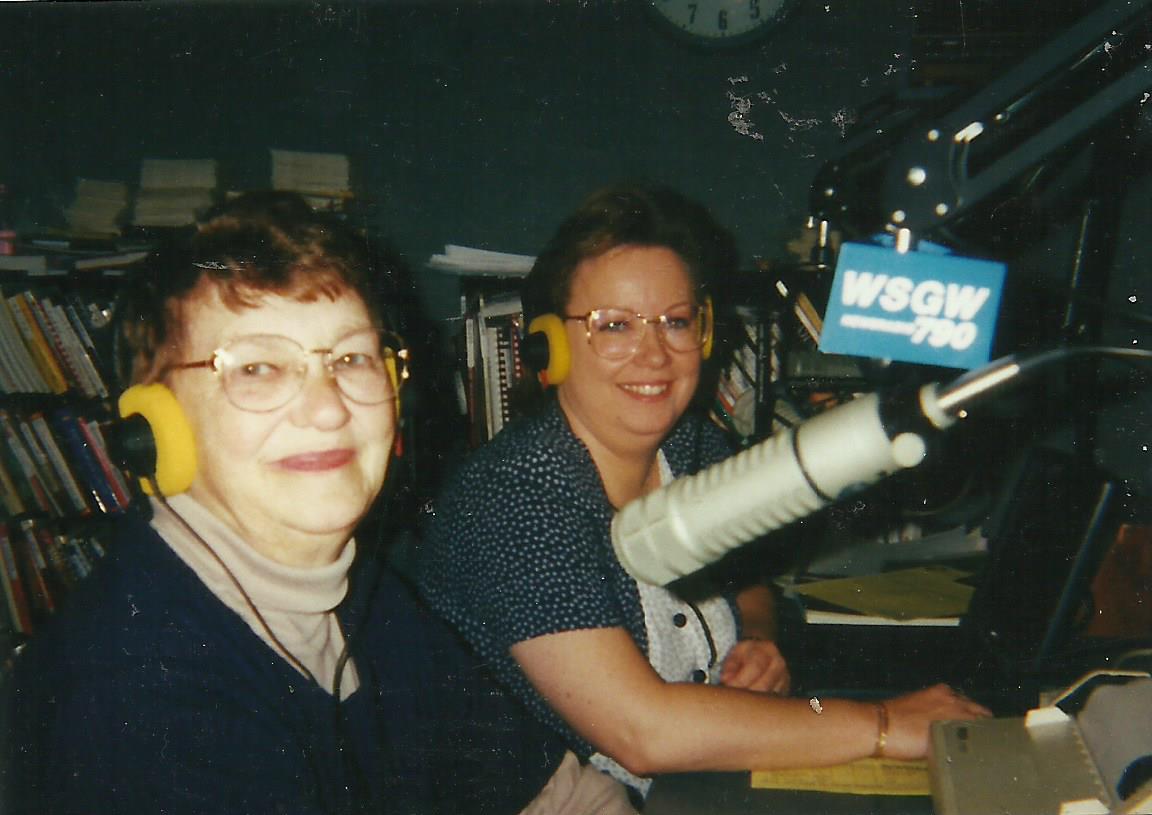 I can’t find it in me, today, to say, “Happy Monday!” as I usually do in my blog openings. Today is Memorial Day – a solace day, not a happy one. I do hope that families are getting to spend the extra long holiday weekend together though! But, before I get into my blog subject, I want to address the very special meaning of today, as it tends to get lost among the “almost summer” celebrations and activities…

Memorial Day (aka: Decoration Day) was established as a U.S. federal holiday in May of 1971, to remember and honor all those who’ve died, serving in our Armed Forces. However, it unofficially originated, in the spring following the end of the Civil War. That’s when people began noticeably honoring the war’s fallen soldiers by decorating their graves; usually with fresh, spring flowers. There’s a lot of great information (brain food) to be found about Memorial Day at History.com!

Another website that inspired me with Memorial Day food for thought is Thanksgiving.com, where I found some great ideas and traditions to incorporate into our current commercialized celebrations that Memorial Day has come to encompass; as many Americans, myself included, have regarded this day to be the unofficial start of the summer vacation season.

Commercialism has disguised the holiday! Nowadays, parades and picnics are abound! Nonetheless, pre-summer vacations, backyard barbecues and other outdoor gatherings are among the “new” customary activities that families usually enjoy this holiday weekend. As such, the real reason we observe this holiday and the old traditions that were once practiced in honor of it have become lost.

This holiday weekend generates a burst of patriotic colors, as everything gets decorated in red, white and blue, from sea to shining sea, now through Independence Day! However, that’s not why Memorial Day is also known as “Decoration Day”.

We may celebrate our freedoms but let us never forget by what cost! So, I want to share 7 thoughts on old traditions I learned from Thanksgiving.com, to impart to the new generations…and to always remember! Any one of these things or all of these things – there’s something that each of us could/should put into practice for why we really observe Memorial Day in the first place:

Now, onto The Cookbooks I Collected were Collecting Dust!

I’ve written many times about my mom’s inherited love affair with writing and the unexpected journey on which it took her, starting in high school – from working for “small town”, local newspapers (doing almost every conceivable job) to syndicating her own “hot topic-style” columns and cartoon panels to writing and publishing her own newsletters and cookbooks – when her original, girlhood dream was to write “the great American novel”. But, every success Mom had in writing usually had something to do with food and home, rather than dramatic sagas and love stories.

As a swimmer, growing up in our beautiful “Great Lakes” state of Michigan, Mom knew she couldn’t successfully swim against the current; so, she learned to swim with it. Likewise, rather than fight against Fate’s “meant-to-be” moments, Mom put her faith in “Fate” and went where “It” led. As a result, came the birth of the famous Recipe DetectiveTM and, almost simultaneously, all of her children – the recipes, newsletters and cookbooks!

Similarly, the “meant-to-be” powers of Fate have taken me (and my own inherited love for writing) on this unexpected and incredible journey of “blogging” to honor Mom’s legacy. As I mentioned in my very first blog, I had pondered many times in the previous few years, “to blog, or not to blog”; wondering if I could make a living from home at it, as my mom did with her Secret RecipesTM business.

Creative writing has always made me feel so much closer to Mom, as she was always my biggest fan and encouraged it in me for most of my life. Call me a nerd, but English was one of my favorite subjects in school and I always LOVED the essay assignments best! I used to write poetry when I was younger. I included one, dedicated to my mom, in one of my blogs from a few weeks ago. I have enough poems to fill two or three nice size books. But, I’ve never done anything with them – as far as publishing or marketing them. Mom tried to inspire me, but I just didn’t have the self-confidence to promote myself or my talents like her.

In as much as I love to write, I hadn’t done much creative writing for a couple decades. Therefore, when I started helping Mom rewrite her favorite cookbook a few years ago (so it could be republished by Balboa Press for a new digital generation), it rekindled that flame in me. Now, this blogging venture has kind of fallen into my lap and steered me in this direction… However, I’m not making a living at it… Not yet!

Those who aren’t familiar with any of Mom’s cookbooks would probably be wondering, here – how is a cookbook creative writing? That’s because Mom’s cookbooks were not your ordinary counter-top collection of recipes. My mom’s hunger for more than just the ordinary recipe collections that were being offered to people, led to her own personal, but seldom used, collection of “humdrum” cookbooks collecting dust…they just weren’t inspiring her enough.

So, Mom decided to write her own cookbooks…and, when the publishers rejected her creations because they weren’t the picturesque, routine and monotonous cookbooks they thought the public wanted; Mom was only more determined to publish it, herself! After all, she was part of the public too! Plus, she thought, if she wanted more and her recipe column readers wanted more and her increasing, radio fan base wanted more; then maybe she should just create it and publish it herself!

Hence, in each cookbook, between the hundreds of recipes that Mom developed to imitate fast foods, junk foods, restaurant dishes and grocery products; she also tucked in bits of wisdom, inspiration, humor, helpful household hints, kitchen tips and tricks, food-for-thought editorials and even some entertaining and interesting background/historic information on some of the companies/people whose products and dishes she imitated. Thereby, Mom’s cookbooks stood out from all the rest (offered at that time) – no others were like them (unless they copied her; and some did) – because they were just as much coffee table or bedside table reads as they were assemblages of recipes.

My inspiration for this week’s blog (titled after one of Mom’s old syndicated columns) came from an email solicitation I recently received, to pay this company to market Mom’s last cookbook, Gloria Pitzer’s Cookbook – The Best of the Recipe Detective (Balboa Press; Jan. 2018), which is mine now.

Basically, the email tried to point out that writing and publishing are only minor steps in the whole “book process” compared to marketing; which, it proclaimed, is an author’s biggest challenge because it involves so much more personal time and effort. Thereby, I suppose, justifying how much it will cost me to pay them, the professionals, to do it for me; thus, saving me from the challenge and all of the time and effort that it costs!

Granted – paying them would save me from all that stuff! But, when you don’t have a lot of money to spend on that kind of stuff, like me; sometimes, you just have to suck-it-up and learn how to do it yourself. Nowadays, you can find YouTube videos on how to do just about anything! Mom didn’t have YouTube to guide her… So, she succeeded on her past experiences in the newspaper business and her own basic instincts.

While marketing may be a challenge for me, I don’t think it was for Mom. I think she really enjoyed the promotional schedules of radio talk shows after each of her cookbooks (and newsletter issues) “premiered”. To Mom, her radio “visits” across the country, even internationally, probably felt more like having an “after party”, over and over again! Like any proud mom, she loved to talk about her babies (the recipes, newsletters and cookbooks)!

Mom briefly ventured into television talk shows for some of her cookbook promotions – as I’ve mentioned in previous blogs – most renowned were the 2 times she was on the Phil Donahue Show (in 1981 and 1993). However, Mom always felt more at home on the radio. I guess that’s because she usually was at home, doing most of her radio roundtables by phone. Although, when my parents used to travel (especially with their “Good Sam” friends), Mom would sometimes find a way to fit in a “live, in studio” radio visit whenever she could.

Mom was a natural at marketing herself, her talents and her products. I may have inherited her loves for writing, art and creativity in general; but I think I’m lacking in her many marketing talents! I get anxiety just from the idea of interviews!

I think I’m more fluent at writing than speaking, because I have more time to think about what I want to say and how I want to say it. Then, factor in that I’m OCD – so that, alone, at least doubles the time it takes me to write (and rewrite and rewrite again) my thoughts and ideas, trying to put them in a “CDO order” – as my kids and husband would always tease me about being OCD, because I like things in alphabetical (and numerical) order. One of my “dream jobs” as an adolescent was to be a Librarian – call me a nerd, but I’ve always thought the Dewey Decimal System is fascinating!

I know, from my own personal experience, that writing can be a long and, sometimes, personally draining process; as much so as marketing! In addition, I grew up with Mom’s authored and self-published creations and accomplishments. Each one became like one of her own children through the whole birthing process!

Similar to the development of life, creating and producing something can be a stressful AND beautiful AND rewarding time – all rolled into one! I felt that more than ever, when I collaborated with Mom to rewrite her favorite cookbook, Gloria Pitzer’s Better Cookery Cookbook (Secret RecipesTM, St. Clair, MI; May 1983), which consumed a couple years of my own life; let alone, the couple of years it took Mom to write the original version. Now that Mom’s last cookbook’s royalties are mine, I need to learn how to promote it, myself, (since I’m not rich enough to pay someone else to do it, as in the solicitation I received in my email). Either that or let it gather dust! 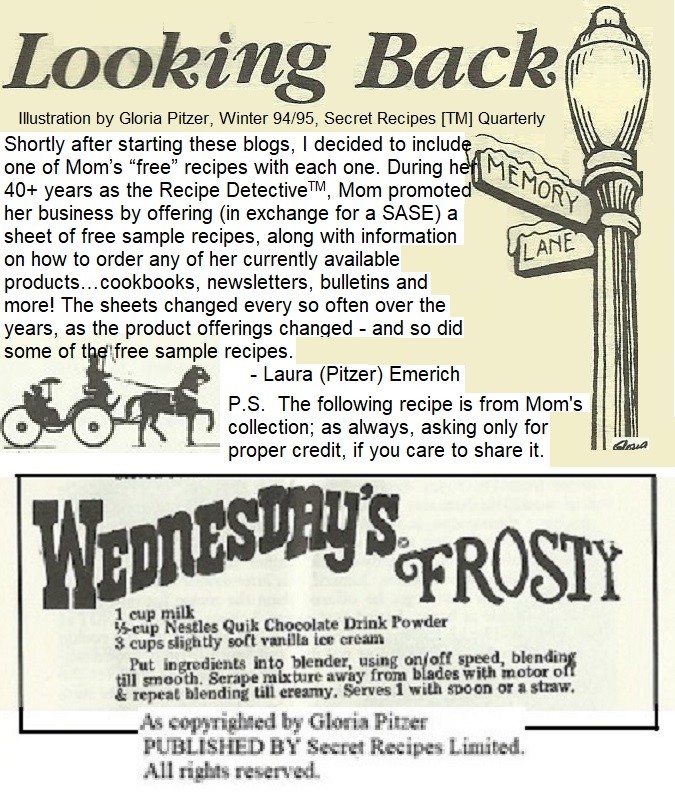 To order a copy of Mom’s last cookbook: