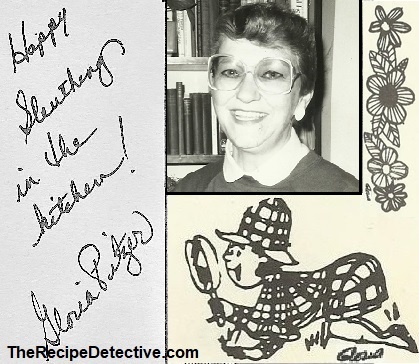 Since yesterday began the third week of January, this week is observing National Hunt for Happiness Week! For over 20 years, people have celebrated this through many kinds of activities. After all, happiness is as diverse as the people who seek it. Where do you find happiness?

Mom used to tell me, whenever I was feeling overwhelmed and frustrated about all of the tough challenges I was facing, in life, that happiness could not found in what I think I want or in the stuff I attain; but, rather, in who I am, personally. Mom would insist that true happiness came from within us – all of us.

It is not about the things you have in life. The journey through and what you learn from life is what counts. In other words, it’s the trek that matters the most. Sadly, there are still those who truly believe that their level of happiness is in direct proportion to their level of success and financial worth.

Nevertheless, “success levels” (if such things can really be measured) have no real correlation with how many things nor how much money one acquires. If you’re hunting for happiness through money and things, you may find false hope, but you’ll never find true happiness.

Happiness is a state of thought. It begins with gratitude for all we’ve already received and achieved – not with what we ‘own’ or the ‘things’… – Gloria Pitzer, as seen in Gloria Pitzer’s Secret RecipesTM  Newsletter, Issue #218 (Secret RecipesTM, Marysville, MI; Nov. 2000, p. 5) 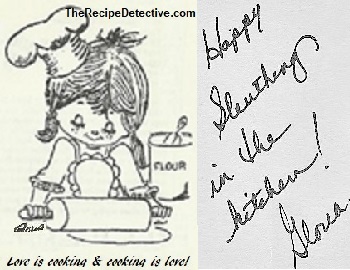 HAVING A GOOD ATTITUDE TOWARD COOKING

HAVING A GOOD ATTITUDE toward cooking, is the most positive way to approach the experience. Some folks really LOVE to cook, and they consequently do it well. But many of them can only turn out a handful of dishes perfectly and, therefore, limit their cooking practices, as well as their opportunities to eat foods that are unfamiliar to them.

Cooking is one of those skills that improve with practice, as does anything we undertake. But most of us are so conditioned to living in a world of instants that if a dish requires more of us than to add water – or to defrost and heat – we’re at a total loss in the kitchen!

Our life styles are changing more and more each day. We’re living in the age of fast food, instant coffee, Minute Rice, … one-step floor cleaners, quick breads, split-second decisions, rapid transit travel and planes that go 700-MPH – so why shouldn’t cooking be hurried along as well? 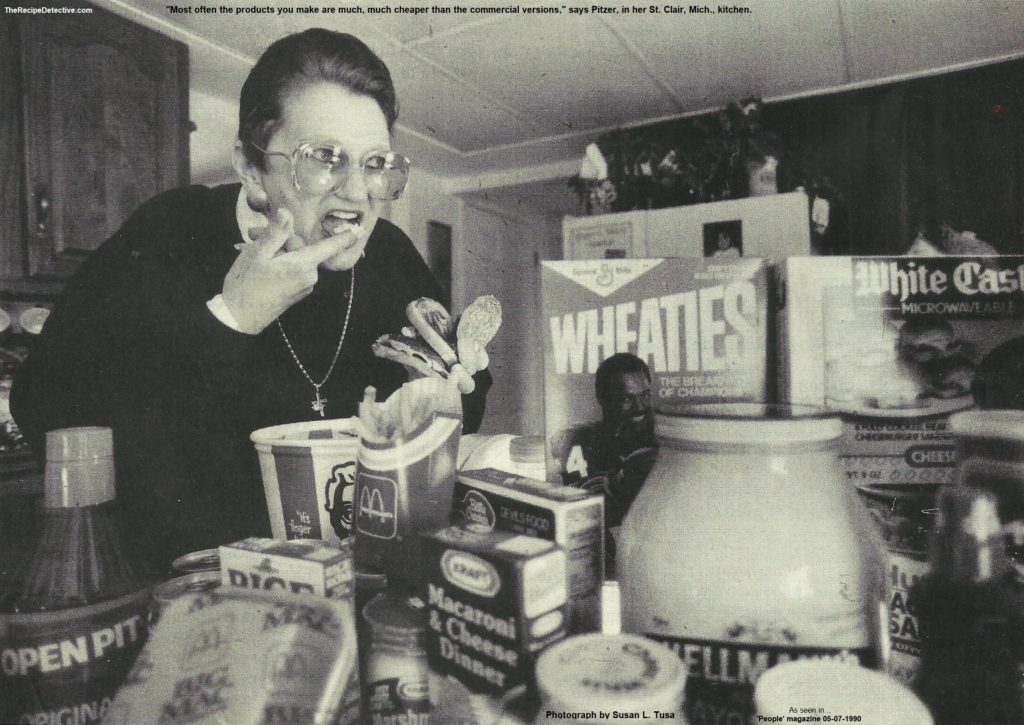 When you don’t really like to cook, it’s hard to imagine that it does have a positive side to the experience. Gourmets live to cook, while the rest of us cook to live – and just as often, would prefer it if we didn’t have to cook at all. This attitude toward getting the whole thing over with as soon as we can, is a reflection of the pride we fail to take in our accomplished dishes.

When you thrive on compliments for your culinary skills, it’s different. When you do not have a positive interest in good cooking practices, you, likewise, don’t expect your creations to warrant compliments.

The best thing for you to do is start ‘small’ – working with only a few ingredients at a time, until you get the feeling of how certain foods go well together, what flavorings compliment them, the best way to present the food when you serve it, so that it looks even better than it will taste.

Long, complicated recipes that require numerous ingredients and pampering are not always as good as those dishes that require only a few ingredients and a short time to prepare. We have made the mistake of believing that ‘fast’ food is totally without merit, therefore cannot be wholesome, nutritious, nor worth the time and cost, but ‘fast’ can be good if it is properly prepared.

‘Happiness is a habit – cultivate it!’ – Elbert Hubbard

Happiness is not a commodity that can be bought, sold, and/or traded. True happiness comes from deep within us and is totally free! According to a study, conducted over a decade ago that still rings true, happiness is contagious. The study indicated that when one person is happy, the effect can spread up to three degrees in a social network; thereby, reaching family and friends, as well as the family and friends of your family and friends.

Mom had a way of spreading happiness, through her food-for-thought writings and copycat recipes, as well as her comedic cartoon panels. She had a contagious sense of humor and happiness about her that appealed to the media masses, which continually requested interviews with her, for four decades! When she wasn’t writing, Mom found her “happy place” in radio, mostly.

I find happiness in things like the Michigan fall colors, the happy-go-lucky smile of my grandson, the nuzzles and purrs from my cats (and my husband), the sun sparkling on the magnificent blue waters of The Great Lakes, the cheerful sounds of the birds and other wildlife in my backyard, and the aroma of a slow-cooker – with a simmering, Sunday stew – things that don’t have a price tag attached them!

Excerpts by Gloria Pitzer, as seen in…

THE HAPPIEST LITTLE ESCAPES in our lives can be, to us, what the spout is to a tea kettle that is up to its neck in hot water! It can give us an outlet for letting off steam – in a nice way! Everyone, who has their own little escape from the harsh realities of everyday life, seems to fare better than those who have absolutely nothing to which to escape.

I escape to a good book that will make me smile – or better yet, laugh right out loud, like George Burns has written. I escape to crocheting and good music, to long walks and long drives in our motor home, with my husband. There are so many lovely little escapes that each of us can choose that it’s a wonder more of us who seem to suffer from unreasonable burdens and false responsibilities, don’t seek out their retreats more often. It helps! (p. 7)

‘GOOD CHEER IS something much more than faith in the future, it is gratitude for the past and joy in the present!’ – Gloria Pitzer

I WASN’T KIDDING WHEN I said I envied happy people more than I did wealthy or famous people. From what I’ve read and what the rich and famous have said in filmed interviews, not too many of them are really happy with their wealth and their fame.

John Luther said that ‘happiness is not a matter of good fortune or worldly possessions. It’s a mental attitude. It comes from appreciating what we have, instead of being miserable about what we don’t have. It’s so simple – yet so hard for the human mind to comprehend.’ I agree! (p. 8)

‘If true happiness is acquired through persistence and patience, it would be like the fable of the elderly Chinese profit who asked for a needle when none could be found. However, somebody offered him a crowbar and a file. He was pleased and assured his friends that it was only a matter of time before he could produce the needle he wanted.’ – Gloria Pitzer [As seen in… Gloria Pitzer’s Cookbook – The Best of the Recipe Detective (Balboa Press; January 2018, p. 304)]

LIVING ONE DAY at a time is one of the best recipes for happiness and for achievements of great value. Don’t worry needlessly about the future! It only uses up your energies that you surely need for the day at hand. Just remember that every day will hold good and bad, pleasure and a little suffering, too; a lot of joy and sometimes some pain, but don’t ever forget that these are the ingredients for making life either delicious or disastrous!

Grasp the good. Deal with the bad! Remember the pleasure. Forget the suffering as soon as you can. Hold onto the joy. Don’t let the pain get the best of you! When the pain leaves, don’t look back on it again. Taste the delicious flavors of the world around you!

Healthline.com offers 25 daily habits that can make you feel happy, in a wonderfully informative article written by Ann Pietrangelo (Jan. 15, 2019). Some of the habits mentioned in Ann’s article I’ve also found to be popular on many other “lists”, covering the subject of “achieving happiness”. 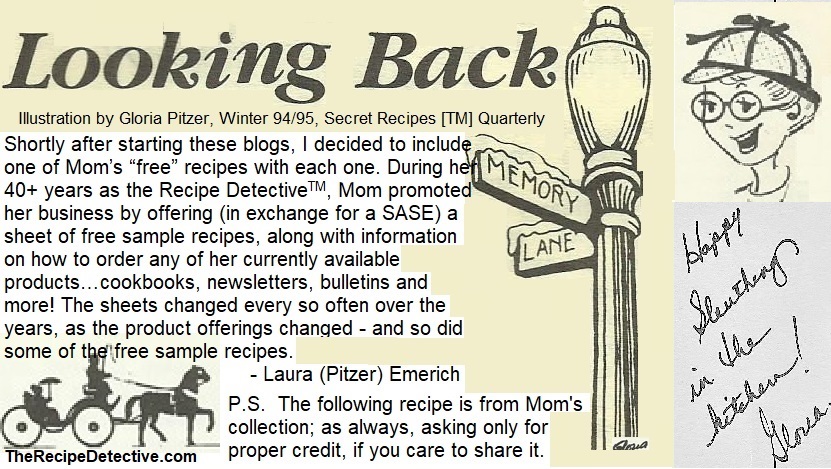 In honor of January, being National Soup Month, here is Mom’s copycat recipe for “Out Front Walk Around Soup” ; as seen on her 2002-2004 free recipe samples and information sheet. 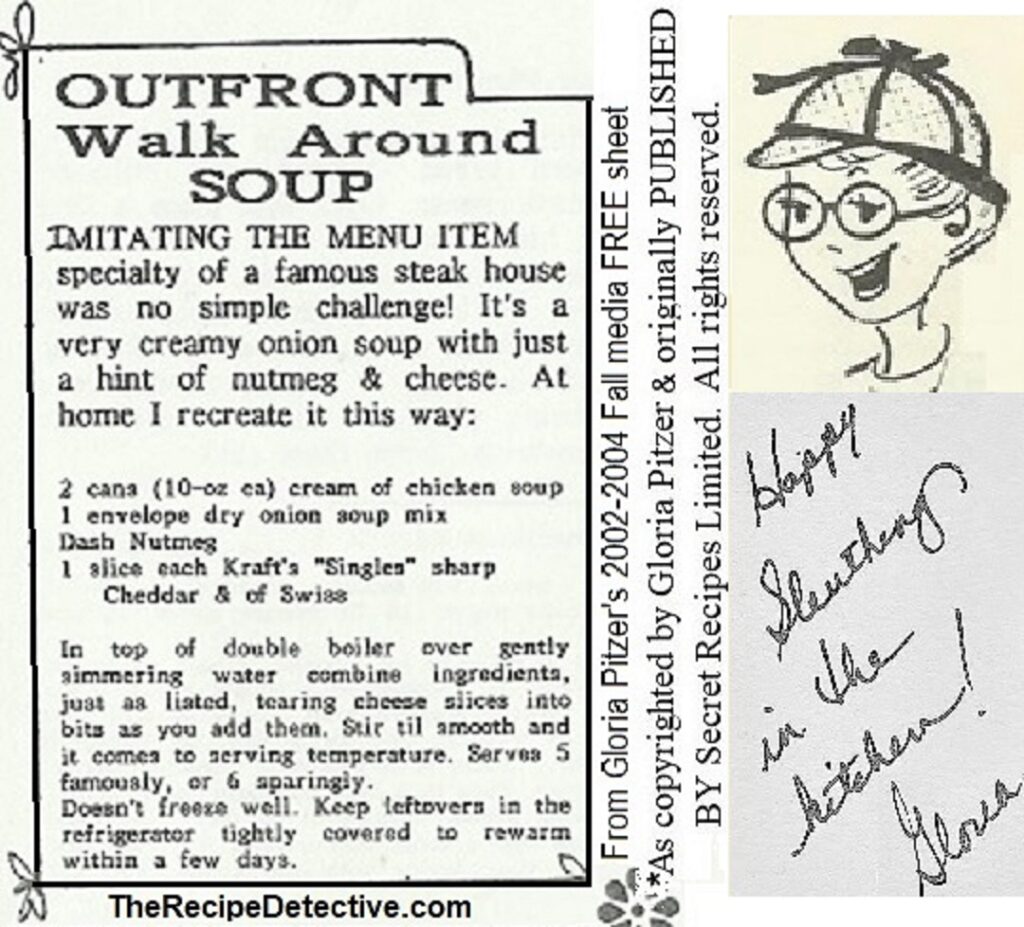 Since yesterday was the start of the third week of January, this week is also celebrating… World Kiwanis Week, National Healthy Weight Week, and National Fresh Squeezed Juice Week!

January 19th is… World Quark Day and National Popcorn Day! Plus, as the third Thursday of the first quarter (for 2023), it’s also… Get to Know Your Customers Day! 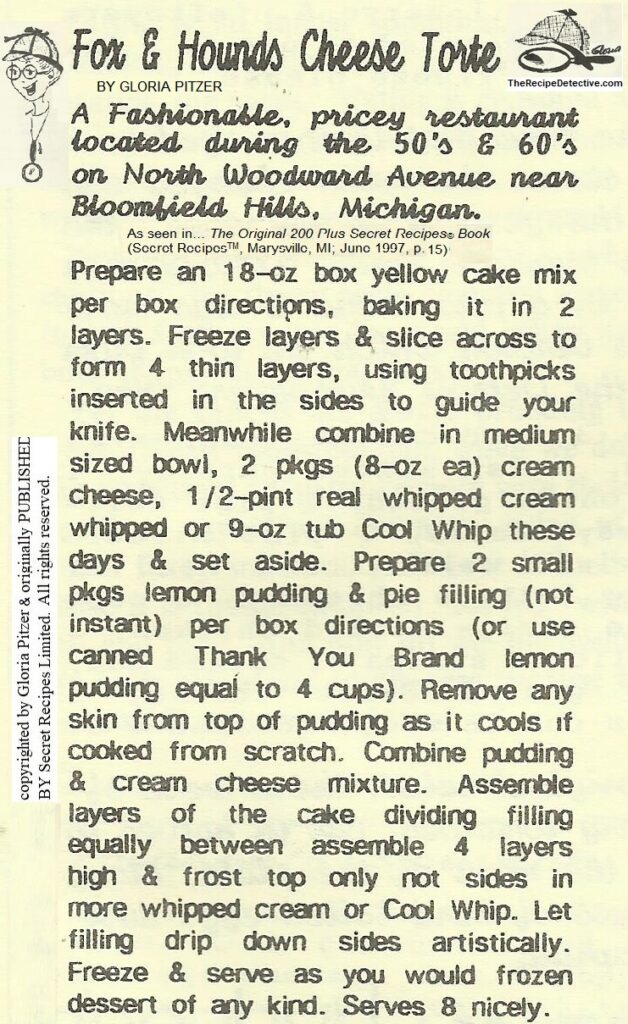 January  22nd is… National Blonde Brownie Day and Celebration of Life Day! Plus, as the start of the fourth week of January, it’s also… Tax Identity Theft Week!